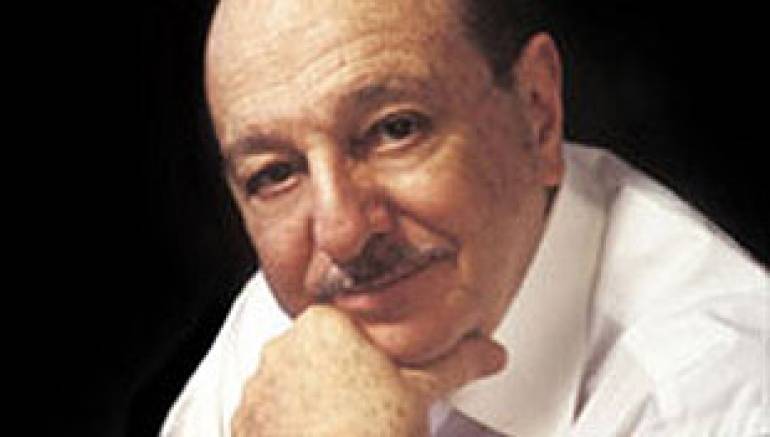 The music world lost one of its most creative and technically accomplished craftsmen with the passing of Turkish-born Arif Mardin, longtime producer/arranger for Atlantic Records (and SW101 faculty advisor), who succumbed to pancreatic cancer on June 25 at the age of 74. Mardin arrived stateside in the late 1950s and earned his degree from Boston’s Berklee College of Music before landing the job of house arranger with Atlantic, whose swirling woodwinds and strings added an air of sophistication to the label’s basic soul sound. The Rascals’ “Groovin’” and Aretha Franklin’s “Until You Come Back to Me” are testament to Mardin’s enormous musicality, while his production work for groups like the Average White Band, and, in particular, the Bee Gees, helped spark the disco inferno of the mid-‘70s. In addition to Franklin, Mardin’s list of leading ladies included soulstress Chaka Khan, Roberta Flack, Jewel, and, most recently, Norah Jones, for whom Mardin produced and arranged 2002’s multiple Grammy-winning Come Away With Me.

Soft-spoken, humorous and affable, Mardin - who in recent years spent a good deal of time in the company of his son, producer Joe Mardin - remained thoroughly open-minded about the work process. “Any music that is honest,” he once said, “is good enough for me.”

I spoke with Mardin in 2004 from his offices at Manhattan Records, the label Mardin helped revive following his retirement from Atlantic in 2001.

Is there some aspect of your studio routine that hasn’t changed over the years?

Arif Mardin: The idea of capturing a performance - that’s always there. And of course what makes a great performance possible is a great song. In that respect, it doesn’t really matter if you’re recording on a ‘50s mono Ampex or using unlimited tracks and totally digitized. Getting what you hear in the room onto the recorder - that’s the important part. If there’s a little effect that I like, I’ll put it on tape right there. I’ve always preferred to make those decisions as I’m going along. Because if I don’t, I’ll have to make that decision later on - this way, it saves a lot of time…and money.

Could you paint a picture of the inside of Atlantic’s 60th Street studio during the ‘60s and ‘70s?

60th Street was a very cutting-edge facility at the time, and a really good-sized place as well. We could have 20 strings, three guitars, bass, drums, organ, piano, and a vocal group. And we could get them far enough separated that we could still have a great live session. Tom Dowd, visionary engineer that he was, made all the decisions about reverb, EQ, level, right there, as the recording was going down.

What were those mixing sessions like back then?
Mixing was a lot of fun at that time, mainly because so much of the sound was determined during the recording process with microphone placement, and so on. There was less you could do to change things in the mix other than relationships between parts and EQ. Things like that. It was truly an art form.

Many of your best records were built on the premise that tracks should be cut live. Do you still believe in that premise, even in the fix-it-later digital era?

Absolutely! It’s always so much better to work with the musicians you have on hand in the room - and there are so many ways that you can get creative with the process as well. A little while ago, Jewel sent me a live take of a song that had nothing on it but piano, vocal and guitar, with a note saying that she really liked the tempo of the take and could we do anything with it. Later in the studio, I put it up on the speakers and had the musicians play along with it just to get the feel of the tempo changes and to try to sketch a framework of what she’d started. We had a piano, guitar and bass going, and right there they came up with spontaneous riffs and ideas just by accompanying the original performance.

Of course, if you have great players to start with, you’ve got nothing to worry about, correct?

And I always have! [laughs] Those Aretha sessions with Cornell Dupree, Donny Hathaway, Bernard Purdie, Chuck Rainey… it all went down right there in the studio, totally live. But great musicianship is still with us, fortunately. Just recently, I had a group of New York players who came in to work on some really complex backing tracks. I’m watching the singer, and the second my baton came down - boom, there they were! That’s a very gratifying experience.

Do you set any limits in terms of how many tracks you’ll use during a particular session?

I don’t ever want to exceed 48 tracks - I’m not like some maniac who’s got three different 48’s going! Tracks aren’t everything. Recently, my son Joe and I went in to do a dance re-mix of Aretha’s “Rock Steady.” And when I pulled up the track sheet, it was amazing. It said things like, “Drums - stereo.” [laughs] That was it! You know, stereo drums! Tom Dowd thought that was a luxury! Now we have eight tracks for drums. But when you listen to that song, that Bernard Purdie sound is captured right there on a really basic stereo drum track. It’s not always the number of tracks - it’s being able to use your ears that counts the most. And yet even with all the technical capability, a lot of younger engineers still don’t know how to mic a drum set properly.

These days, even the most basic digital home recorder will let you cut and paste parts instantly. Naturally, there was a time when you really had to work for it.

Oh yes. One time, Tom and I were cutting Aretha at Atlantic. She’d just finished recording an amazing vocal - a portion of which we then managed to erase! So we had to go up to her and say, “Look, punish us, but can you please sing that last bridge again?” And she said, “I already did - on the previous track.” And she turns to leave the studio and adds, “I’m sure you can figure it out.” And we’re looking at each other going, “Previous take? What are we supposed to do with that?” I mean, there was no click track, it was a completely different tempo. So we sat down and transferred her vocal track to mono, and then we reconstructed the bridge, phrase by phrase. Just like sampling - only doing it manually, with tape. But we pulled it off.

As an independent, Atlantic didn’t always have the red-tape constraints that typified larger record companies. As a result, you got to work with some technically advanced equipment years before anyone else.

Yes, we had an eight-track machine by the late ‘50s, in fact. Dowd had gotten permission to go out and buy an Ampex , which was a very expensive but totally state-of-the-art machine at the time. It was #3 - Les Paul, who devised it, had his, then the government had to have one, of course [laughs], and we had ours. We’d be recording people like Sonny Stitt and Freddie Hubbard on the eight-track, as well as many of the pop bands that followed. So when the stereo revolution came, all he had to do was mix it again. That’s why those records sound so good today.

That’s why I’m always telling people, save your money! A little while ago I got a copy of Mussorgsky’s Pictures at an Exhibition by the Chicago Symphony Orchestra, which was recorded back in 1951 by engineer Robert Fine. And the performance was so warm and clear and wonderful. And the whole thing was done using a single Telefunken microphone. That was it! Nevertheless, they made this beautiful-sounding record. So there you go.