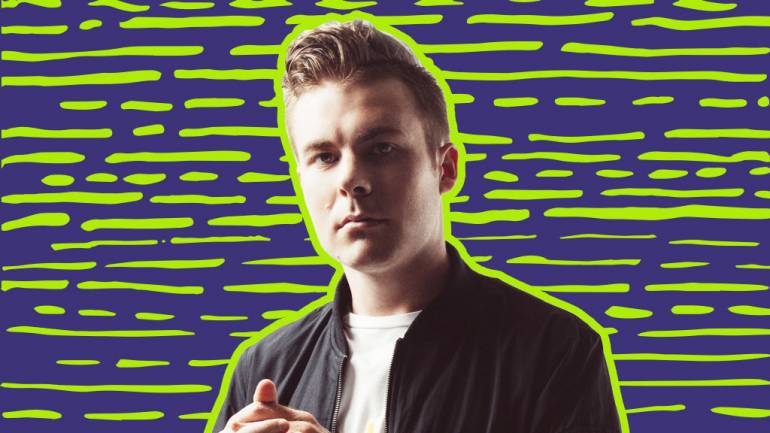 Breakout singer/songwriter Kyle Reynolds is already making his mark on the pop world. The 24-year-old California native initially found himself drawn to music as a healthy outlet to bounce back from a turbulent adolescence, teaching himself both piano and guitar. With his creative passion revealed, Reynolds decided to take further action. Leaving behind his past, Reynolds loaded up the car and followed his muse 2,000 miles east to Music City. It was in Nashville that he honed and cultivated his songwriting skills.

One year later, Reynolds has immersed himself in music, finding success writing songs for major network television and radio, while still striving to further improve his craft and speak the truth through his lyrics. Citing influences from Andy Grammer and One Republic to Chance the Rapper and Jon Bellion, Reynolds’ refreshing pop sound is marked by emotional honesty and relatability. His latest single, “Friday, Saturday, Sunday,” is the perfect example of his irresistibly catchy melodies and authentic message. BMI recently caught up with Reynolds to chat about the new single, his songwriting and what’s up for him next.

Tell us about your new song, “Friday, Saturday, Sunday.”
Well, the funny thing is that Sam Ellis—the dude I wrote the song with—is the one who tried to set me up with the girl we wrote the song about, and if you listen to any of the lyrics, you can tell it did not end well. So, we pretty much based it off that situation, and there’s no better person to co-write a song with than someone who knows every part of the story you’re writing about. The whole idea of the song is about someone that just wants to have fun and mess around on the weekends, but can’t commit to an actual relationship and show-up during the week. I think a lot of us have been in that situation, too, whether we’re the one desiring a true, wholesome relationship, or someone who is just looking to have a little fun.

How did you get your start writing music?
I started writing songs when I was 17 years old. I was just getting out of a very weird “party stage” of my life, and I was looking for something that made me feel good, but didn’t ruin my life. For me, that ended up being music. My sister’s boyfriend, at the time, taught me how to play “Don’t Stop Believin’,” and then, from there, I just watched countless YouTube tutorials. I ended up teaching myself pretty much everything I know off of YouTube, which was way cheaper than college, so that was awesome. After a year of learning covers off of YouTube, I wrote my first song, and I was like, “WAIT! You can take things you feel, hear, see, experience, and put it into a song!?” Ever since that moment of awe and amazement, I haven’t stopped writing songs.

What do you hope your fans take away from your songs?
I just want my listeners to connect and feel something. A lot of the songs I’m about to release have a descriptive, lyrical, storytelling feel in the verse, and then an anthemic vibe to the chorus, which has been so fun to write, and even more fun to perform. I’m like “Yo, here’s detailed parts of my life,” and then I’m like, “okay, but we all feel like this, so let’s all sing it together!”

What’s your best advice for fellow songwriters?
Everyone has their own path, for sure, but I’ll list some things that have been huge for me growing as a songwriter. One, surround yourself with good people, and, by good people, I mean those really talented people that care about you as person and an artist. Having a solid community is so important! Write every single day, if you can. I don’t necessarily mean co-write every day, but write by yourself, start a track, play four chords on a piano and sing a melody over it. Polish that second verse that you know can be better. This sounds like a no-brainer, but do your best to put 100% in every part of the song. It’s difficult when you write a lot, and it’s easier said than done, but your listeners, co-writers and future-self will appreciate it.  Also, ask questions. One of the most life-changing conversations I’ve ever had was with one of my favorite artists, Andrew McMahon. My manager used to work with him so, one day, he set it up a time where Andrew came over to my house in Laguna Beach, CA. We grabbed lunch and just chilled. I played him a few songs, and I picked his brain a bit. Conversations with seasoned songwriters—or just people whose music I love—have forever changed how I write songs. The last thing I’ll leave you with is that if you’re writing a song and the lyric you just put to paper terrifies you to share with the world, please do it. It’s what we all need to hear, and I promise you’re not alone in feeling that way.

How does BMI play a part in your career?
BMI plays a huge part in my career. They are pretty much my support, from the songwriting end. Whether it’s Tracie Verlinde in LA, Nina Carter in Nashville, or the countless other people that have helped me, they’ve always been there for me. I feel like something else I have to note, too, is that everyone that works at BMI is just so chill and down to earth, and I love that. Whenever I’ve gone in for a meeting, I feel like I’m just hanging with some friends, which is really nice. Not only does BMI make sure I’m getting all my royalties, but they introduced me to songwriters, publishers, music supervisors, and have thrown me on a handful of shows and showcases. So, with all that said, BMI is the best and I’m stoked to continue to work them for the rest of my career.

What should we expect from Kyle in the future?
You can expect lots of new music, DJ features, more shows, seeing my face in your hometown, and just me continuing to learn and grow, regardless of what success I see. Thank you so much reading this, and thank you BMI for all you do. I appreciate you all very much!