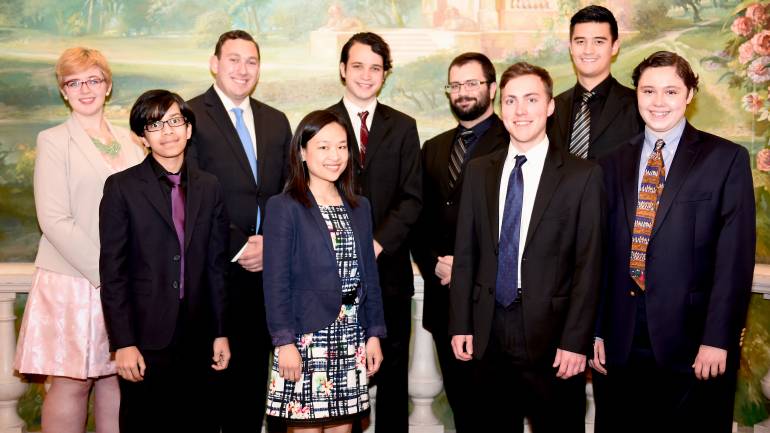 Broadcast Music, Inc., in collaboration with the BMI Foundation, has announced the nine young classical composers, ages 14 to 26, who have been named winners of the 63rd annual BMI Student Composer Awards. Renowned American composer and permanent Chair of the Student Composer Awards, Ellen Taaffe Zwilich, BMI President and CEO and Honorary Chair of the BMI Foundation Mike O’Neill, and BMI Foundation President Deirdre Chadwick, announced the decisions of the jury and presented the awards at a private ceremony held on May 18, 2015, at the J. W. Marriott Essex House Hotel in New York City.

Since 1985, the Foundation’s programs have included competitive scholarships for songwriters and composers, operating grants for nonprofit arts presenters, and support for innovative music education initiatives in schools and communities across the country. The BMI Student Composer Awards recognize superior musical compositional ability and grant winners scholarships to be applied toward their musical education; awards this year totaled $20,000. In 2015, more than 700 online applications were submitted to the competition from students throughout the Western Hemisphere, and all works were judged anonymously. BMI, in collaboration with the BMI Foundation, has awarded more than 600 grants to young composers throughout the history of the competition. Congratulations to all the winners!