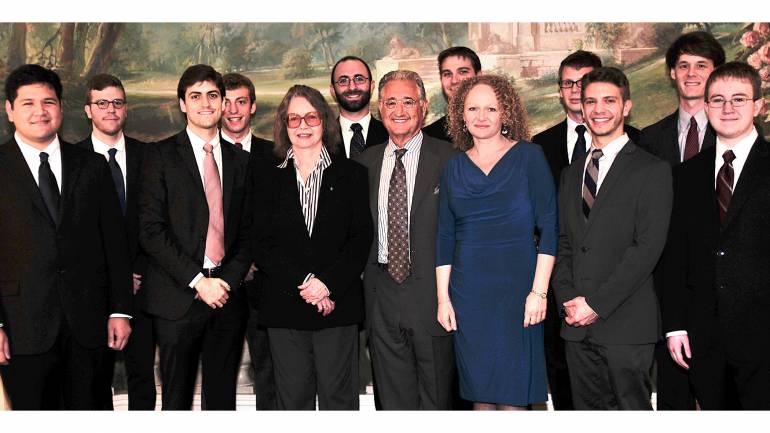 Broadcast Music, Inc., in collaboration with the BMI Foundation, has announced the 10 young classical composers, ages 17 to 27, who have been named winners of the 61st Annual BMI Student Composer Awards. Renowned American composer and Permanent Chair of the Student Composer Awards, Ellen Taafe Zwilich, BMI President and CEO Del Bryant, and BMI’s Executive Director of Classical, Deirdre Chadwick, announced the decisions of the jury and presented the awards at a reception held on May 20, 2013, at the J.W. Marriott Essex House Hotel in New York City.

The distinguished jury members for the 2013 competition were Margaret Brouwer, Richard Danielpour, Mario Davidovsky, Aaron Jay Kernis and Carlos Sanchez-Gutierrez. The preliminary judges were Alexandra Du Bois, Shafer Mahoney, David Schober and Sean Shepherd. Ellen Taaffe Zwilich, a recipient of the Pulitzer Prize for Music, is the permanent Chair of the competition.

The BMI Student Composer Awards recognize superior musical composition. Winners receive scholarship grants to be applied toward their musical education. In 2013, more than 400 manuscripts were submitted to the competition from applicants throughout the Western Hemisphere, and all works were judged anonymously. Individual scholarship awards total $20,000. BMI, in collaboration with the BMI Foundation, has awarded nearly 600 grants to young composers throughout the history of the competition.