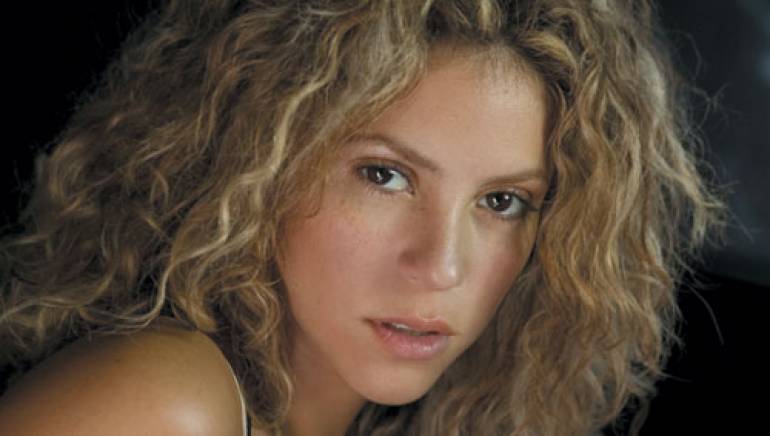 A single moniker can be a significant designation for a recording artist; think Madonna, Prince and Beyoncé. The Grammy-winning artist and songwriter, Shakira — born Shakira Isabel Mebarak Ripoll — has certainly earned a place in this hierarchy. The most popular Colombian artist in history, Shakira has sold over 50 million albums worldwide. But sales figures are only one star in a gleaming constellation that encompasses videos, choreography, philanthropic endeavors and a massive worldwide audience. The artist’s “Oral Fixation Tour” boasts 111 dates and counting, as Shakira fills stadiums across the Americas, Europe, Africa and Asia.

As a songwriter, Shakira forges her quirky, poetic lyrics into hook-driven Latin anthems. A canny pop sensibility is underscored by hypnotic Middle Eastern rhythms with ancestral roots; legend has it that she first heard the doumbek — a drum that accompanies belly dancing — at her Lebanese father’s favorite restaurant. While these rhythms allegedly inspired her to gyrate on the table to instant acclaim, the nuns at her parochial school were less enthralled with her talents, denying her a spot in the choir because of an insistent vibrato that they declared made her “sing like a goat.”

Fortunately, the professional music industry was more impressed, but initially the record buying public was unmoved. Shakira’s 1991 debut, released when she was only 15 (she had written her first song at age eight), garnered a less-than-stellar response. When the follow-up didn’t fare much better, Shakira returned to finish high school. But eventually experience and tenacity paid off: Powered by “Estoy Aquí”, “¿Dónde Estás Corazón?”, and the song that defined the title, “Pies Descalzos, Sueños Blancos,” her third studio release, Pies Descalzos, caught fire, selling over five million copies, while a remix album, titled simply The Remixes, moved an additional million copies. Her fourth album, ¿Dónde Están Los Ladrones?, produced by Miami mastermind Emilio Estefan, solidified her position as a preeminent Latin artist.

In 2001, Shakira designed the blueprints for her crossover. Collaborating with Gloria Estefan, she wrote and recorded English versions of the tracks from ¿Dónde Están Los Ladrones? and penned new material for the album, titled Laundry Service. Although created for the English-language market, the rock and Spanish dance-influenced album also featured four Spanish songs, including “Que Me Quedes Tú” (That I Have Left You). Laundry Service cleaned up, with more than 13 million sales worldwide, a massive worldwide hit, “Whenever, Wherever,” and singles “Underneath Your Clothes,” “Te Dejo Madrid” (I Leave You Madrid), “Objection (Tango)” and “The One.” The album and its singles substantiated Shakira’s sway in the mainstream North American market.

Following this massive media presence, Shakira retreated from the spotlight until revealing the bilingual Oral Fixation concept. Fijación Oral Vol. 1, with songs in Spanish, was released in 2005 as the lead single, “La Tortura,” featuring Alejandro Sanz, spent a record 25 weeks at number one on the Billboard Hot Latin Tracks chart. Selling 157,000 copies in its first week of release in the U.S., it was the highest debut ever for a Spanish-language album. In Latin America, on the day of its official release in Venezuela, it went platinum; in Colombia, triple-platinum, and in Mexico, it was sold-out as the album moved a monumental million units in three days.

Oral Fixation Vol. 2, with songs in English, was released later the same year and sold a resounding eight million copies. Two tracks from the album, “How Do You Do” and “Timor,” sparked controversy, allegedly over themes questioning faith, and the CD cover, revealing Shakira’s considerable physical attributes, also had to be altered in several territories. This sensual side of the artist was equally evident on “Hips Don’t Lie” (with special guest Wyclef Jean), her first number one single on the U.S. Billboard Hot 100 and UK Singles Charts. Shakira was subsequently awarded the highest number of MTV Video Music Award nominations for the electrifying video that accompanied the song.

With the success of their previous duet, Shakira and Alejandro Sanz once again teamed up for “Te lo Agradezco, Pero No,” featured on Sanz’s El Tren de los Momentos. Tapping another music icon, Shakira released the single “Illegal,” featuring Carlos Santana, a major hit on both the Hot Dance Music/Club Play and Hot Dance Airplay charts and in Europe.

In early 2007, Shakira paired with Beyoncé Knowles on “Beautiful Liar,” from the deluxe edition of Beyoncé’s B’Day. The single soared an unprecedented 91 positions, from 94 to 3, on the Billboard Hot 100 chart, setting the record for the most rapid ascent in the history of the chart.

Another side of Shakira was revealed when she founded Fundación Pies Descalzos, a Colombian charity with special schools for impoverished children. Honored at a United Nations ceremony, she pointedly observed: “Let’s not forget that at the end of this day when we all go home, 960 children will have died in Latin America.” Shakira is also a Goodwill Ambassador for UNICEF and she performed “Whenever, Wherever” and “La Tortura” on the Live 8 benefit concert at the Palace of Versailles, France.

While an immense international presence is confirmation of Shakira’s global stardom, at the heart of her magic are the songs: rich with purpose, promise and personality. In the Arabic language, the two-time Grammy and eight-time Latin Grammy Award-winning singer’s name might be interpreted as either “full of gratitude” or “full of grace.” Either way, it’s the perfect description for an inspiring star of dazzling magnitude.