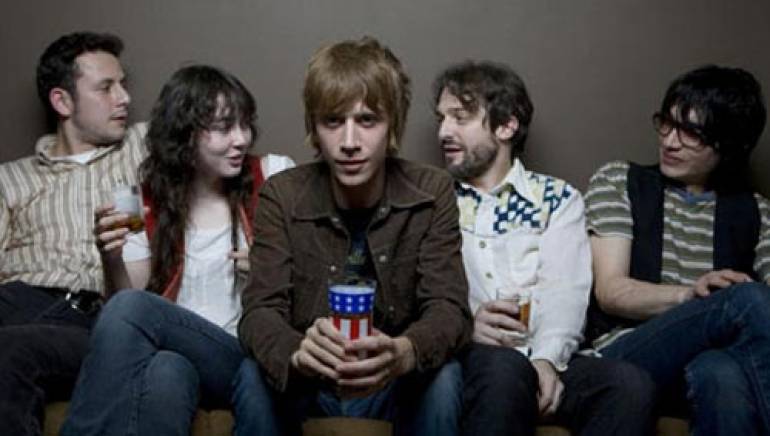 The small valley town of Deposit, N.Y., lies along the west branch of the Delaware River and is nestled between the bustling metropolitan areas of Albany and Syracuse. Deposit is also host to the Decker House, an all-American rickety white farmhouse that is more ghostly than quaint. Local socialite Bonnie Decker lived and died in that house. Within a month of her passing, the Rosewood Thieves left New York City, looking to reclaim a peace of mind while finding their rock & roll heart at the Decker house. In the process, they found themselves surrounded by the mystery of her memory and haunted by Deposit’s peculiar existence, thus the story of the From the Decker House EP was written.

Spearheaded by singer/songwriter Erick Jordan, From the Decker House is a collection of songs that harks back to the classicality of acts such as The Band and Bob Dylan. These six picturesque songs are entwined with the stripped-down fundamentals of rock & roll and the sensuality of r&b. Country music’s bleeding heart is the final straw that completes the Rosewood Thieves honest-to-goodness presentation. Jordan’s raspy vocal delivery is earnest and charming like a young John Lennon, but convincingly more impressive than his 20 years of age.

There was no television, no Internet and no phone at the Decker house. Their five-acre landscape had a cattle farm on one side and trailer homes on another. When they weren’t retiling the kitchen or clearing out old deer carcasses from the barn, for six weeks the Rosewood Thieves would gather in the living room each evening to write and rehearse. Jordan says leaving behind the hustle and flow of New York City was exactly what they needed. He didn’t seem to mind that the heat wasn’t on most of the time and that the pipes were freezing nearly every other day. “The living room space was the best spot—it had wood floors and a fireplace,” Jordan says. “We started playing music around seven o’clock and things would go until three in the morning.”

From the Decker House captures cityscapes like New York City and Los Angeles. Jordan reflects upon the world around him. It’s as simple as that. Other tracks tap into a broken heart, but not in that familiar kind of way. “I like to write about people and places and develop story-oriented songs. They’re not all true obviously, but they’re all based on pretty prominent things.”

Jaunty number “Back Home to Harlem” is a nice example. Featuring Vetiver’s Andy Cabic on bass, fiery acoustic guitars tango with a sinister backdrop of percussion and organ. Jordan’s aching vocals scowl “Oh my love, you said you wanted somebody else. Well you got him.” “Los Angeles” is a bit more nostalgic with its lush piano arrangements and Jordan’s day-dreamy performance. “Doctor” is a freewheeling foot-stomper with many country flavors. Nitty-gritty “Lonesome Road” is an album standout. Piano legend Bob Dorough, who is best known for composing the Schoolhouse Rock childhood favorite “Conjunction Junction” (as well as critically acclaimed jazz recordings from the mid-‘50s to the present) appears here, rounding out the Rosewood Thieves’ earnest introduction.

On From the Decker House, Jordan is talented enough to carry out a solid record without being too cheerful about his heroes—Dylan, John Lennon, Solomon Burke—and succeeds in carving out something new for his generation of music fans. He may be young, but he has the chops and guts to make it because he gets what music is about.