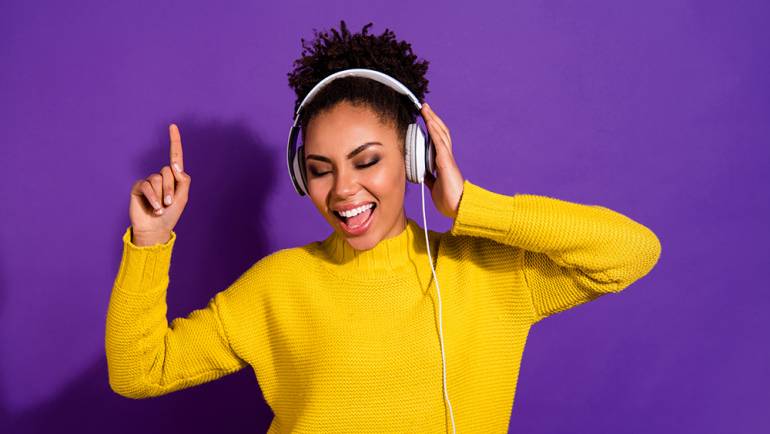 At my songwriting workshops I stress the importance of including lyric and melodic elements in our songs that will compel listeners and decision-makers to choose our material over the tough competition. Let’s look at some ways to write lyrics that command attention.

It’s unlikely that we’re going to find a topic to write about that will appeal to millions of listeners and has not already been addressed in countless other songs. Love is the most popular subject matter for songs. There are songs about hoping to find love; extolling the qualities of the one we love; the heartache of a breakup; infidelity; and dissatisfaction in a relationship. Other themes often heard in popular songs include following your dreams; patriotism; wanting to dance, party, and have a good time; songs about friendship; getting through hard times; inspirational and religious themes; social injustice; Christmas; and hometowns.

With so many songs covering the same topics we need to find ways to stand out from the pack. One of the best ways to accomplish this is to incorporate new approaches, original angles, and novel ways to frame our concepts. For example, in her breakthrough hit, instead of stating “I hope you will remember me,” Taylor Swift expressed the unique idea that she hoped her ex would think of her when he hears “Tim McGraw” (written by Taylor Swift and Liz Rose, recorded by Taylor Swift). By building on a distinctive approach, it becomes much easier to write a compelling song. When we start with a mundane concept, it can be an uphill climb.

We only get one chance to make a first impression. By starting with an exceptional line of lyric, we convey to listeners that they are about to hear something that goes beyond the ordinary. Lizzo’s “Truth Hurts” (written by Lizzo, Eric Frederic, Jesse Geller, and Steven Cheung) opens with a line that practically demands that listeners pay attention: “I just took a DNA test, turns out I’m 100% that bitch.”

I recommend revisiting our songs’ opening lines and assessing whether they are strong enough to compel a listener to crank up the volume, or an artist to choose our song over ones he or she has written. If the answer is “no,” see if you can come up with something “wow.”

3. Use Unexpected Words and Phrases

Instead of settling for clichés give yourself an edge by incorporating lines of lyrics that are distinctive and original—lines no one else could have written; lines that might make an artist or another writer say, “Wow! I wish I had written that.” That is exactly how I felt when I heard “I numbed the pain at the expense of my liver” in “Mama’s Broken Heart” (written by Kacey Musgraves, Brandy Clark and Shane McAnally; recorded by Miranda Lambert). What an original way to say, “I got drunk to get over you.”

The best writers of rap music are masters at crafting fresh rhymes. Check out Eminem’s Academy Award- and GRAMMY-winning “Lose Yourself,” (written by Eminem, Jeff Bass, and Luis Resto) in which the writers rhymed “heavy,” “spaghetti” and “ready.” The song received “Diamond” certification for exceeding 10 million sales. In Dan + Shay’s “Speechless” (written by Jim Mooney, Dan Smyers, Laura Veltz, and Jordan Reynolds) which won the duo a GRAMMY for Best Country Duo/Group Performance, “speechless” is rhymed with “secret,” creating an unexpected moment. In every genre, eschewing trite rhymes and incorporating fresh ones will help your songs to rise above the competition.

By including details in our lyrics, we bring our listeners inside the world of our songs, helping them to “see” what our characters are experiencing. One of the most exceptional uses of detail can be found in the Country Music Association’s Song of the Year and GRAMMY nominee, “I Drive Your Truck” (written by Jimmy Yeary, Connie Harrington, and Jessi Alexander; recorded by Lee Brice). While incorporating details, pictures, and imagery is especially prevalent in country song lyrics, these tools can be used to elevate your lyrics in virtually any style of music.

In Gary Clark, Jr.’s GRAMMY-winning Best Rock Song, “This Land,” (written by Clark with Woody Guthrie) describes land and a car as “Fifty acres and a model A.”

Think about which of these lyrics is more interesting to you:

By using fresh angles, unexpected words, phrases, and rhymes, attention-grabbing opening lines, and details, we can give our songs their best shot at standing out from the competition.