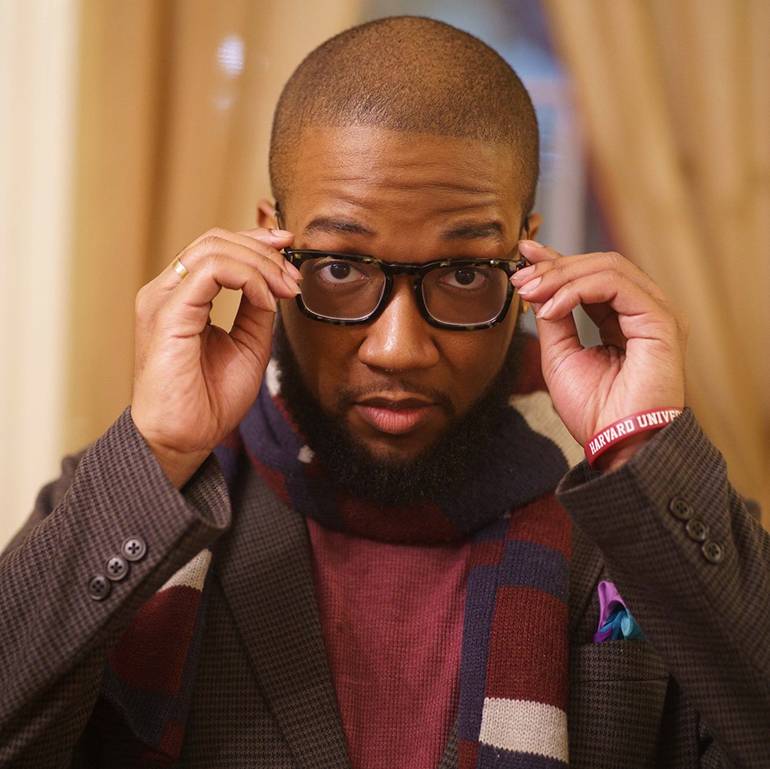 At just 25, BMI composer Joshuah Brian Campbell has already achieved musical successes that many others can only dream of. In November, the multi-talented Campbell’s original song “Stand Up,” co-written with starring actress Cynthia Erivo for the film Harriet, earned a Hollywood Music in Media Award. Now in December, the song is up for a Critics Choice Award, a Society of Composers & Lyricists honor, and earned a Golden Globe nomination, as well as having just recently been shortlisted for an Oscar. But Campbell is no newcomer to the stage. In 2017, he won the SC Jazz Festival’s inaugural composition competition in the trumpeter’s honor. In 2018, the video of his protest piece “Sing Out/March On,” which he performed at Harvard’s commencement in honor of Congressman John Lewis, went viral and people began to take notice of both his voice and extraordinary songwriting skills. His approach to singing—and to improvising with his unique voice—is holistic and he dedicates it to engaging listeners to act, to do, and to change. As a result, Campbell has raised significant funds for the Southern Poverty Law Center with “Sing Out/March On,” while raising awareness of important social issues.

BMI caught up with the young, yet wisely seasoned scribe, in the midst of his whirlwind success, to get his perspective on all that’s happening to him. In his own words, this is what he said.

Your current project, the song “Stand Up,” written for the movie Harriet has already earned a number of important accolades including nominations for a Critics’ Choice Award, an SCL Award, as well as a Golden Globe. It was also just shortlisted for an Oscar nod. Tell us how that song came to be and what it was like working with your co-writer and starring actress Cynthia Erivo.

This is an interesting tapestry of a story. I was contacted by Natalie Hayden over at Universal Music, It came to light that they wanted me to try to do something original for Harriet because they had heard another song that I wrote, which is entitled “Sing Out, March On.” That song came to their attention through Terence Blanchard, the composer on Harriet, after he saw the video of me performing that song at Harvard’s commencement in 2018 where we were honoring Congressman John Lewis. So, that’s how I got introduced to the project. I demoed a song that I originally sat down with my friend and producer, Gabe Fox-Peck, who was just invaluable to that process. Then eventually, I came together with Cynthia Erivo [star of Harriet and singer/songwriter] and Will Wells, the other co-producer of the piece. We were able to work together to come up with something that would be right and honest and be good for this project.

I had co-writing sessions in Brooklyn at a studio with Cynthia and Will, who she’s worked with quite a bit. We looked at the song and wanted to make it something that was sing-able for Cynthia and that she felt really comfortable with, considering she’s the lead and she’s poured so much into becoming Harriet. We looked at the lyrics and made adjustments. She made some really keen decisions with it that made it what it is now. Cynthia came in with a really beautiful partnership that she brought to the project with her producer. Then, I also came in with this really beautiful partnership that I have with Gabe Fox-Peck, who is my favorite producer in the world. He’s also a Harvard alum, who I met during undergrad. I think it was really cool just over the course of the project, how these two partnerships were able to interact in the way that they did.

Tell us a bit about your musical background and how you got started. What prompted you to study French and now be enrolled in Divinity school? How does that all fit into your musical career?

I grew up singing in a church, which is such a familiar narrative, I feel, but it’s truly my most honest narrative. I tell people, I say, roughly 85% of what I know about music, I learned in my church back in Cheraw, South Carolina. I’m a singer first. I still contend. I grew up singing, and I played saxophone through high school. Then I started to realize that during undergrad that the singing thing was important to me. So, I poured a lot of time into it there. I sang far too much.  Then, moving to New York a year ago to start seminary, I really had devoted the next three years to this period of spiritual formation and then this, well I should say first… I always am very clear that I always want to keep performing and keep writing. The capacity and the way in which that manifests itself has been different. Most of my work since I left undergrad, it’s actually been doing theater stuff, a little bit of music directing, and then also some acting and singing in the theater world, which is funny because I thought I was avoiding that world, but I moved to New York. So, what happens when you move to New York? You work in theater.

I really had devoted these three years to this period of spiritual formation because I do consider myself in the process of discerning some sort of ministerial vocation. I really see that vocation extending into the work I do, musically, as well as to what I do, for instance, working in the church where I work. This opportunity came during this time. It’s beautiful actually how I’ve been able to take my journey into writing this song very theologically seriously, and very spiritually seriously because of where I am in life in terms of my vocational and spiritual formation.

You performed your song “Sing Out, March On” honoring Congressman John Lewis at Harvard’s 2018 commencement and the video went viral. What were your thoughts about how you impacted people after that happened?

I think there were levels to the journey at that time that in and of itself is really beautiful. So, I wrote it at some point in time, and then there were a couple of protest actions, and it was designed—I wrote it so that I could teach it to crowds of people, and they’re able to just sing it. Then I sang a version of it for a video series that an organization did while we were in undergrad. It’s called the Tiny Dorm Concert Series. A friend of mine, Ethan Simon, heard it and he said, “We should record this.” So, we recorded it.

The recording had some traction, and we donated the proceeds to the Southern Poverty Law Center. Then, after that traction, a man named Jack Megan at the Office for the Arts at Harvard reached out to me and he was like, “We know you wrote the song while you were here, we want you to come back and sing it because Congressman Lewis is getting an honorary degree.” I of course said, “Yes, I would love to.” I gathered together some friends, many of whom were in an organization I used to sing with called the Kuumba Singers. We put together that arrangement that did indeed end up going viral, which I didn’t anticipate.

I want to resist the idea, though, that everything I do is “message music,” though. “Sing Out, March On” really was a song about what I was feeling at the time, going to the big Cambridge-area protest, doing the die-in, needing to put sound with my thoughts. And it became a tool to bring folks together at the actions, but I never saw it having the life that it’s had. It’s in a theatre piece I music direct. It’s followed me, even if it’s not in the context of a protest or direct action. Anytime I play it, I teach it by rote, the same way I did when I conceived of it, and the same way I teach most of my music, really. One thing it and other songs have taught me is that I can only every write and be honest to what I’m writing; I have no control over what exactly people feel or what they take away from experiencing the music.

You sing as well as play the saxophone. How do each of those things affect your creative process when it comes to writing songs?

I don’t consider myself an instrumentalist.  I played saxophone, but it’s been some years now. I dabble on keyboard instruments. My compositional process comes straight out of the oral tradition. I remember when I was first hammering out ideas for “Stand Up.” That happens with a lot of the ideas I hammer out. It’s just me singing voice memos into my phone, and then playing those back and piecing them together, scribbling things down. It really comes out of the framework of the oral tradition, which has resonance with gospel, with the blues, with soul, with the music that groomed me and that I grew out of.  It was during Undergrad that I started writing semi-seriously. I took a class on jazz harmony, where I would say I wrote the first song I was proud of. It was during undergrad that I wrote “Sing Out, March On” actually. That song was written out of my participating in some of the Black Lives Matter actions that were happening during that time. So yeah, it’s just my musical self has always been there and growing in different ways and at different times. So, yeah, that’s the short version, I guess.

Harriet Tubman and I are members of the same denomination, the AME Zion church, which is an interesting fact because I was actually on my way to visit her homesite in upstate New York with some members of my denomination when I found out that they wanted to go forward with using the song. There’s been a lot of interesting spiritual/coincidental things involved in me arriving and having been a part of this project. This has been an amazing tapestry of a journey, I would say.

I owe so, so, so much to the spiritual community that I grew up in. I’m from a small rural town in South Carolina. I grew up going to revival meetings, listening to quartet gospel, hearing guitar, bass, drums, keys, B3, and a lot of tambourines during morning worship, hearing feet stomp on hardwood floors covered with a thin layer of carpet. My older brother loves classic golden age gospel (James Cleveland, the Barnes, Shirley Caesar) and Motown/R&B, so that was all in my ear. Those sounds are the sounds that I grew up on, and they’re the sounds that because of the ways we’re trained as musicians in certain fields of music, we might try to run away from. There has been times in my life where I tried to avoid those sounds, but as I mature I’m realizing that those, I don’t want to say the essence, but those are the sounds that are the most honest to who I am.