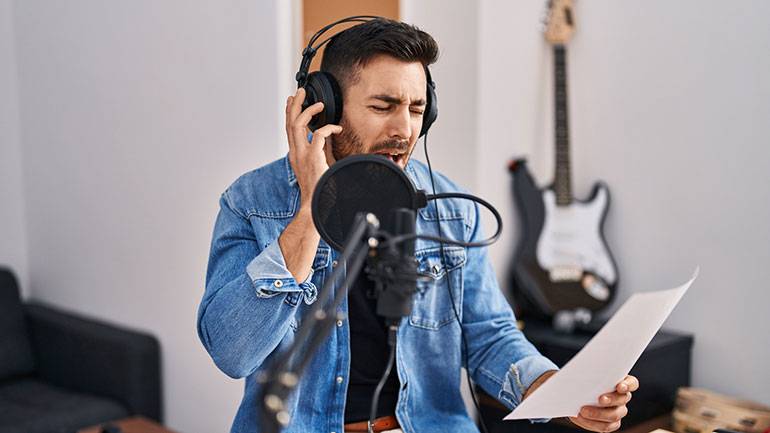 At the BMI Songwriter Workshops that I’ve been teaching for thirty years, I hear some amazing songs written by exceptionally talented writers. But there are five lyric problems I frequently identify. Let’s examine these pitfalls—and the easy prescriptions that can fix them.

Avoid Lyrics That Ask Questions That Don’t Get Answered
I often hear songs that ask rhetorical questions, such as, “How could you hurt me?” We are more likely to evoke emotion and connect with our listeners by using our words to provide images or express emotions than by asking questions that do not get answered.

Wrong:
Why did you leave me?

Correct:
I look at our old photographs
and wonder why you left me

Look for ways to draw listeners into your lyric landscape by finding fresh ways to express what the singer is feeling, or by using action, imagery, and details to show a scene unfolding. These techniques will typically be far more effective than asking questions that go unanswered.

Don’t Reverse the Natural Order of Words to Force a Rhyme
Be sure to write lyrics that sound like something someone would actually say. It can be tempting to settle for an awkward sentence structure when seeking a rhyme. But this draws attention to the line—and not in a good way.

Wrong:
There was a day
When I awoke
To find her gone
My heart she broke

Correct:
That morning when
I woke at dawn
It broke my heart
To find her gone

If needed, change the order of your lines—or change the words that need to rhyme to avoid lyrics that sound contrived. Dig deep and you will find ways to express yourself in a natural-sounding, conversational manner.

Keep Pronouns Consistent
Decide whether the singer is talking to someone—or is talking about them. It confuses your listeners if you switch between the singer addressing the person to whom he or she is singing—to singing about them. Neither approach is preferable to the other, but it works best to choose one and stick to it.

Wrong:
You’re everything
My heart ever dreamed about
Yes, she’s everything
That I just can’t live without

It is more effective to include information the recipient would not be aware of.

Wrong:
Last night I took you home at ten
and kissed you in the moonlight
I promised you forever
And told you that it felt so right

Correct:
Last night when I took you home
and kissed you in the moonlight
I knew it was forever
‘Cause nothing ever felt so right

By telling how the singer felt, the writer is including information that would not be known by the person to whom he or she is singing.

Avoid Putting the Em-PHA-sis on the Wrong Syl-LAH-ble
This is one of the mistakes I most often encounter. It occurs when writers create a melody and lyric that require the singer to place the emphasis on a syllable that would not be stressed in normal speech. For instance:

Wrong:
I know that it’s over
I can’t do a THING
I’m through lying wide awake
No more worryING

Correct:
I know that it’s over
I can’t do ANYthing
I’m through lying wide awake
No more WORrying

Instead of forcing a rhyme by placing the stress on a syllable that would not be emphasized in normal speech, take the time to find a suitable, natural-sounding alternative.

Summation
After finishing a draft of your song, revisit the lyrics to be sure you have not asked questions that go unanswered. Be certain you have kept the order and emphases of your words conversational. Confirm that you have kept your pronouns consistent and that you are not telling the person to whom you are singing information he or she would already now. By avoiding these common traps we can write lyrics that sound conversational—lyrics that will not distract our listeners.

Jason Blume is the author of 6 Steps to Songwriting Success, This Business of Songwriting, and Inside Songwriting (Billboard Books). His songs are on Grammy-nominated albums and have sold more than 50,000,000 copies. A guest lecturer at the Liverpool Institute for Performing Arts (co-founded by Sir Paul McCartney) and at the Berklee School of Music, he has been interviewed as a songwriting expert for CNN, NPR, the BBC, Rolling Stone, and the New York Times. To receive a free video, “3 Things You MUST Do for Success” and weekly tips to enhance creativity click on https://tinyurl.com/yckat6fc. Join Songwriting With Jason Blume on Facebook for free events and song critiques. For information about his workshops, webinars, additional articles, and more, visit www.jasonblume.com.