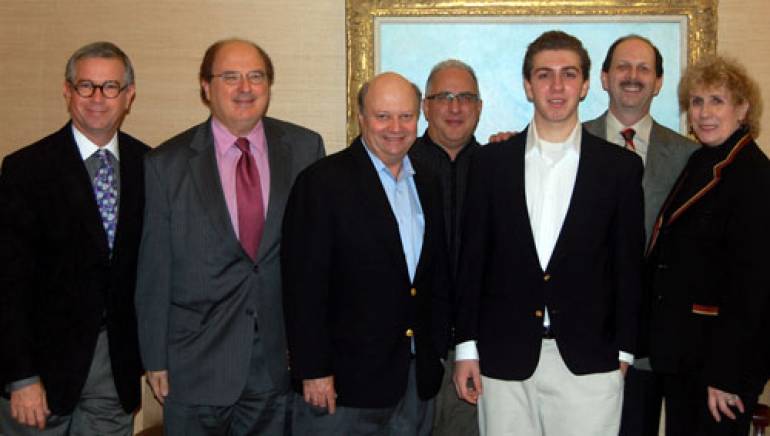 The BMI Foundation has named Akiva Zamcheck the recipient of the 3rd Annual Theodora Zavin Memorial Scholarship. The award, given for outstanding achievement in composition, is presented annually to a graduating senior at LaGuardia High School of Music and Art & Performing Arts in New York City. Zamcheck received a $2,000 scholarship to further his musical education. The scholarship was established through the generosity of family and friends to honor the memory of Theodora (Thea) Zavin, Founding President of the BMI Foundation.

Zamcheck, LaGuardia High School class of 2007, is a guitarist and composer from the Bronx. He attended the Mannes Prep School, where he studied the classical guitar with Srdjan Berdovic and Frederic Hand, and music theory with Deborah Jamini. At LaGuardia he studied composition with Jim Pugliese and he is now attending Bowdoin College, where he will continue his studies of harmony and organ with the organist Ray Cornils. Akiva’s compositions have been largely devoted to adapting old and ancient styles in modern musical languages. His current project is creating a group of Madrigals set to portions of Herman Melville’s “Moby-Dick.”

The BMI Foundation, Inc. is a not-for-profit corporation founded in 1985 to support the creation, performance and study of music through awards, scholarships, commissions and grants. Tax-deductible donations to the Foundation come primarily from songwriters, composers and publishers, BMI employees, and members of the public with a special interest in music. Because both the Foundation staff and the distinguished members of the advisory panel serve without compensation, over 95% of all donations and income are used for charitable grants.