Posted in MusicWorld on October 17, 2006 by Dave Helland 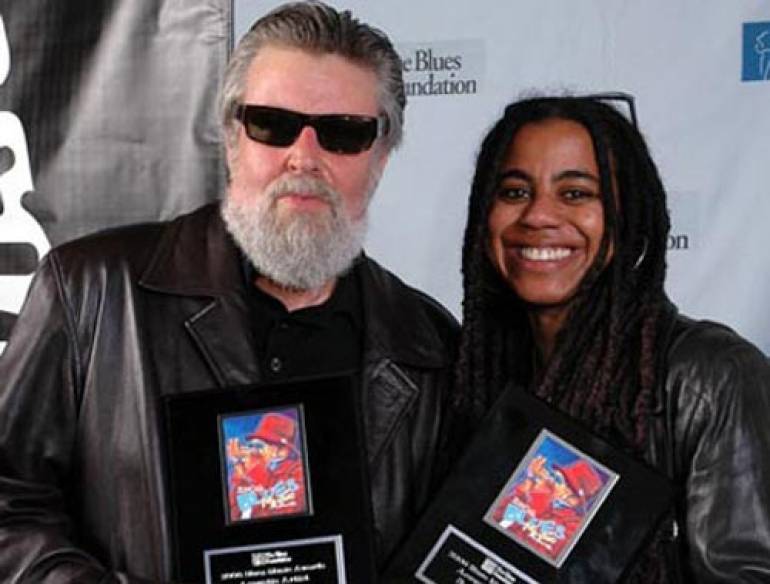 Her mentor was James Baldwin; he learned the fine points of guitar playing looking over Muddy Waters's shoulder. As a teen in the '80s, she gave up guitar playing soon after she started because it was such a white-guy thing; he encouraged her to go back to playing. She encouraged him to write about his years playing harmonica in Waters band.

She is playwright fellow Suzan-Lori Parks; he is bluesman Paul Oscher, who joined Waters in 1967 and also spent a fair amount the next five years looking over piano player Otis Spann's shoulder. Their mantle boasts her two Obies, a Pulitzer and a MacArthur "Genius" grant alongside his two 2006 Blues Music Awards (previously the W.C. Handy Awards) for Down in the Delta. He was also featured on Hubert Sumlin's 2006 Blues Music Awards' winning album About Them Shoes along with Keith Richards, Eric Clapton and Levon Helm.

"When I was a young man, I played other peoples blues. Now that I'm older, I write and play my own and when I play a blues classic, I put my own stamp on it," Oscher explains about his journey through the deep blues.

Parks worked with Oprah on Their Eye's Were Watching God, with Spike on Girl 6, with Disney for a project on the Harlem Globe Trotters, and with the producers of Ray for a Broadway version. Her book tour for Getting Mother's Body has been equal parts writing seminar, career counseling and blues performance — she jokes about adding snake-handling.

"I had the brains to marry a guitar player, so he's a big inspiration," Parks explains. "When I wrote the songs to Getting Mother's Body, and I was going on a book tour, he was like, 'Take your guitar, bring the music to the people!' So I started doing it in public."