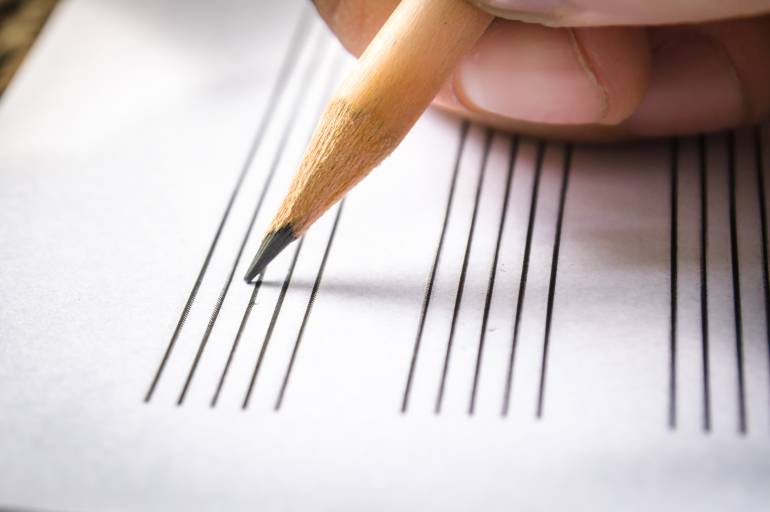 I was recently asked the age-old question, the one songwriters are so often asked. “Which comes first, the words or the music?” Without skipping a beat, I responded, “The title.”

I estimate that more than 95% of the lyrics for the more-than one thousand songs I’ve written began with a title. Even in instances when the melody or a backing music track came first, in almost every instance, the title was chosen before the rest of the lyric was written. This has been the approach my co-writers seemed to expect whether we were writing EDM, country music, pop, rock, or any other genre, and regardless of whether my collaborators were in Nashville, Asia, New York, Los Angeles, Scandinavia, or anywhere else I’ve written.

To be clear, there is no right or wrong way to write—or begin—a song. Successful songs have been started with an instrumental lick, a lyric phrase, a melody line, a drum pattern, a chord progression, a bass line, and numerous other ways. But when it is time to write the lyric, in my experience, a title is typically chosen before the remainder of the lines are written. This is because the title is at the heart of the lyric, and ideally, the lyric is crafted to lead to the title.

Here are some things to consider when writing to a title.

Is Your First Approach the Best?

Once a title is chosen, several decisions need to be made. What will that title mean in this song? What is the best way to deliver listeners to that title? What information should be included in the verses to successfully lead to the title?

There are no “correct” answers. These decisions are part of the creative process. Some writers instantly know how they want to approach their title; it might seem like the only way. But in most instances, various approaches could be effective.

Let’s look at three scenarios that lead to the title, “She’s the One.”

For each of these examples there are a multitude of ways the lyric could be developed. There is the option of telling a story, or the alternative of finding interesting ways to express how the singer feels. (For tips about writing lyrics that tell a story check out my article “Show – Don’t Tell: Three Steps to Writing Better Lyrics.” Tips for writing “non-cinematic” lyrics can be found in “How to Write Non-Visual Lyrics That Engage Listeners.”

If you decide to tell a story, you will likely need a setting—a location where the action unfolds. For example, in the first scenario did the singer initially see the one he was destined to love:

You might describe the sounds, sights, smells, the weather, and more. You are essentially creating a fictional world, and the options are endless. So why settle for the first idea that pops into your mind?

At a recent webinar, I critiqued two songs that each had problems related to their titles. Song #1 had a unique, distinctive title, but no lines of lyric supported or led to that title. Without lyrics that guided listeners to the title, the very clever title felt tacked on. There was no logical reason for the singer to sing that title when the line appeared in the chorus.

Song #2 had the opposite problem. By being overly-clever the writer extracted any genuine emotion from the song. Almost every line incorporated a phrase or image associated with the title. While the writing was exceptionally clever, the resulting song felt contrived, and more like a novelty song than anything suited for today’s hit radio.

For example, if writing to the title “You Are My Heaven,” the lyric will benefit if it includes some images related to heaven, such as halos, clouds, angels, harps, Pearly Gate, streets of gold, heavenly choirs, St. Peter, and more. But over-using these words and phrases can make the lyric seem forced. However, by using this tool sparingly, we can effectively support our title and have it feel like the satisfying, natural conclusion of the lines leading up to it.

What if Your Title Does Not Come First?

Not every song starts with a lyric, and not every lyric starts with a title. Sometimes, lines of lyric pour out of us before we have determined our title, and that is a good thing. Jot these down and see how they might be incorporated in ways that contribute to our song.

Sometimes, a title reveals itself during the writing process. Other times, we might think we are writing to a specific title, but a more engaging one occurs to us as our song evolves. In all these cases, we can still take steps to ensure our lyric supports and leads to our title by revisiting our lyric and incorporating words and phrases that are related to the title. In some cases, our song might be better served if we save unrelated lines for another song.

In summation, like every aspect of songwriting, when approaching a title, our first inclination might provide the definitive approach. But we won’t know if we can beat our initial thought unless we try on others.

Jason Blume is the author of 6 Steps to Songwriting Success, This Business of Songwriting, and Inside Songwriting (Billboard Books). His songs are on Grammy-nominated albums and have sold more than 50,000,000 copies. He has been a guest lecturer at the Liverpool Institute for Performing Arts (co-founded by Sir Paul McCartney) and at the Berklee College of Music. For information about his workshops, webinars, additional articles, and more, visit www.jasonblume.com