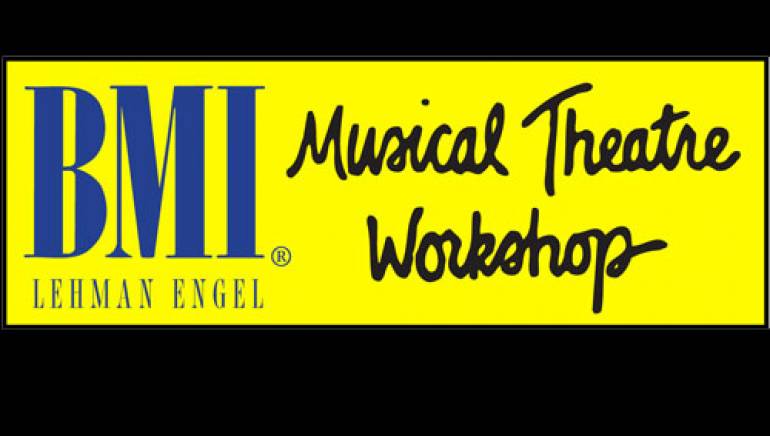 Writers from the BMI Lehman Engel Musical Theatre Workshop will participate in Musicals Tonight!, the Obie-winning company dedicated to the revival of "neglected" musicals, as part of the fall series and part of Musical Mondays Theatre Lab. Renewing its commitment to new musicals, Musicals Tonight! will take place on Monday, October 24 and Monday, November 7 at the 45th Street Theatre (354 West 45th Street, btw 8th/9th Aves) from 6:30pm - 7:30pm. Admission is $10.00 and reservations can be made at 212-989-6706 or MusicalMondays@aol.com.

Wanda's World, which composer Falcone describes as a "tween musical," focuses on the adjustment a young teenager makes when she moves to a new town. But Wanda has more to overcome than merely being a newcomer. Wanda's World had a 2004 workshop in Toronto and was selected for the BMI Musical Theatre Master Class. The musical's book is by Eric Weinberger, who wrote the Off-Broadway tour-de-force for Priscilla Lopez, Class Mothers. Falcone is a Jonathan Larson Memorial Fellow.

Sabina is a musical adaptation of the critically-acclaimed play by Willy Holtzman about a Russian-Jewish woman who influenced both Carl Jung and Sigmund Freud. The musical was seen last summer at the Madison (Wisconsin) Repertory Theatre. Lyrics are by playwright Darrah Cloud, whose adaptation of Willa Cather's O! Pioneers was filmed for the PBS American Playhouse. Holtzman's Hearts was short-listed for the Pulitzer Prize and he has an impressive catalogue of plays, screenplays including teleplays for the BBC and HBO and the musical Blood Brothers. Beach is the 2002 Guggenheim Fellow and winner of the National Art Song Competition for Songs at Dusk.

Barry Wyner's Calvin Berger, a hip update of Cyrano, chronicles 12th grader Calvin Berger as he grapples with his insecurity about the size of his nose. Lacking the courage to ask out the girl of his dreams, he instead communicates his feelings to her through the handsome new kid in school...which only makes him want her more. The musical is winner of the 2005 Jerry Bock Award for excellence in Musical Theatre, selected personally by the Pulitzer and Tony Award winning composer of Fiddler on the Roof. Wyner's original musicals include Sugar Plum (produced at Company Carolina and Gloucester Stage), Something to Say (reading, Manhattan Theater Club) and Kelleher Was Dumbstruck (produced at Access Theater, NYC). His emerging career and involvement with the BMI Workshop was chronicled on a Japanese state television documentary (NHK Network) last spring.

The Calvin Berger cast includes Celia Keenan-Bolger, 2005 Tony nominee for her performance as Olive Ostrovsky in The 25th Annual Putnam County Spelling Bee. Robb Sapp, currently starring as Boq in the Broadway production of Wicked, Nicholas Belton (My Life With Albertine, The Talk of The Town at the Bank Street Theatre) and Deborah Lew (Cupid and Psyche off-Broadway and Candide at City Opera).

The two evenings of musical theatre are co-produced with Musical Mondays Theatre Lab (MMTL), Bick Goss, Artistic Director and Frank Evans, Producing Director. MMTL most recently produced Songsmiths of Broadway: The Best of the BMI Workshop at 59E59 Theatres, a concert that featured performances by Maury Yeston (Nine), Jeff Blumenkrantz (Urban Cowboy), Nancy Ford (I'm Getting My Act Together and Taking it on the Road) and the team of Robert Lopez and Jeff Marx (Avenue Q).

Since its inception in 1998, Musicals Tonight!, headed by Mel Miller, has revived more than 25 musicals in a manner affordable to most audience members. Musical Mondays, founded in 1999 by Bick Goss, has presented over 50 evenings of new works for the musical theatre. To date, 11 of the works developed by this process have gone on to other venues (off-Broadway and regional theater) and four of the writers (or writing teams) have been commissioned to write new works for both not-for-profit and the commercial theater.