Posted in MusicWorld on October 11, 2004 by Bruce Britt 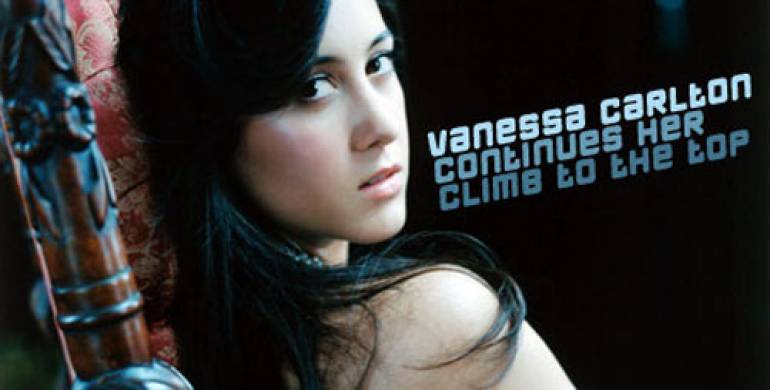 Hardcore music lovers exist for those transcendent moments when a new artist emerges with a distinct artistic vision. Such was the case in 2002 when Vanessa Carlton served up her virtuosic debut album, Be Not Nobody . Featuring the singles “A Thousand Miles” and “Ordinary Day,” the album was so seductive that pundits took to describing Carlton as a pop prodigy with multigenerational appeal.

With the release of her new album, Harmonium , Carlton lives up to her tremendous promise (the disc is slated for release Oct. 19, 2004). Featuring the winsome single “White Houses,” the new CD boasts echoes of Carlton’s debut disc while incorporating even more challenging musical textures and sensibilities.

"I'm singing about suicide, insomnia and paranoia," Carlton told Rolling Stone . "There's nothing piano recital-y about it. It's goth."

Carlton is also stretching as a performer. A former ballet student, she reconnects with her dancing muse on the video for “White Houses.” Carlton’s graceful moves -- a beguiling combination of ballet and modern styles like the Moonwalk -- serve as an interpretive, tragicomic underpinning to the single’s coming-of-age lyrics.

"It's about jealousy … losing your virginity … living on your own," Carlton recently told MTV. "It's a story that most people can relate to, that chapter in your life from 16 to 25, where you're trying to figure out who you are, and you go through all these triumphs and tragedies on a daily basis, and how they shape you."

Born in the small town of Milford, Pennsylvania, one could say Carlton received a musical head start: Her mother often performed classical pieces on the piano while pregnant with Vanessa. At age 2, Carlton’s prenatal education paid its first dividend.

“My parents took me to Disneyworld, where I heard ‘It’s a Small World’ for the first time,” Carlton recalls. “When we came home, I ran to the piano and picked out the melody note-for-note. That’s how it all began.”

Exposed to everything from Fleetwood Mac to Brahms in the home, Carlton composed her first piano piece at age 8. Six years later, she attended New York’s School of American Ballet. But the rigors of formal dance became disillusioning, and Carlton resumed composing her own songs.

Carlton’s open-mic performances in New York captured the music industry’s ear. In 2002 came the debut album and its accompanying critical raves. Two years have passed since Rolling Stone named Carlton an “artist to watch.” But as her new album proves, the Pennsylvania wunderkind is still a musical force to be reckoned with.