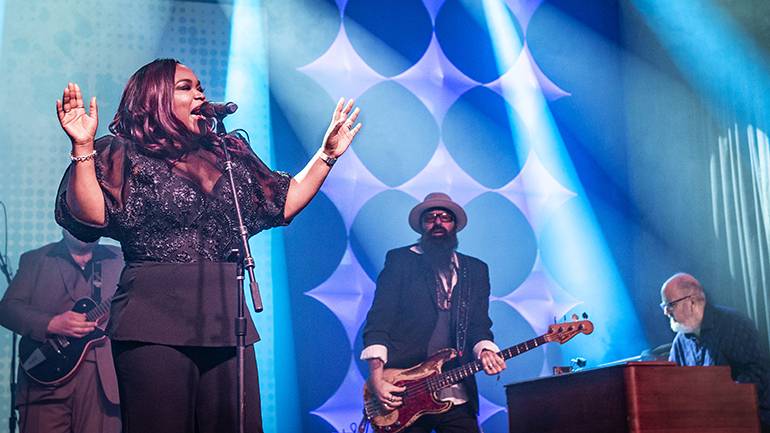 BMI affiliates made another strong showing at the 40th Blues Music Awards ceremony, which was held at the Memphis Cook Convention Center in Memphis, TN on May 9.

Despite being an evening of celebration for the Blues community, this year’s ceremony had bittersweet poignance as the top award winner was BMI singer/songwriter Michael Ledbetter, who passed away in January. Ledbetter was posthumously awarded with the Instrumentalist-Vocals award and given the B.B. King Entertainer of the Year accolade. Additionally, Ledbetter’s band, The Welch-Ledbetter Connection, were named Band of the Year. Ledbetter’s collaborator Monster Mike Welch claimed the Instrumentalist-Guitar award.

Bringing together performers, industry representatives and fans from all over the world to celebrate the best in Blues recordings and performances from the previous year, the BMAs are given to songwriters and musicians and are awarded by vote of Blues Foundation members. Presented by the Blues Foundation, the annual Blues Music Awards are co-sponsored by BMI and The Gibson Foundation, among others.

Below is the complete list of BMI winners. Congratulations to all!