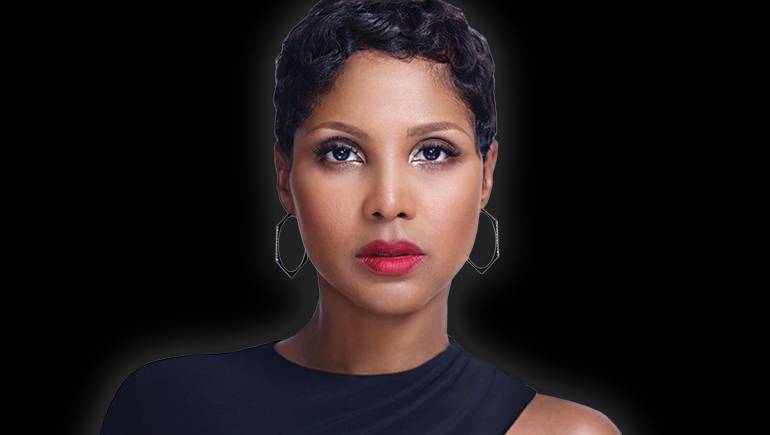 BMI is excited to announce that its 2016 R&B/Hip-Hop Awards will be coming to Atlanta, GA, on Thursday, September 1 for the first time in its 15-year history. Multiple GRAMMY-winning singer/songwriter Toni Braxton will be honored with the BMI President’s Award in recognition of her distinguished career and substantial influence on popular music over last 25 years. The event will be held at The Woodruff Art Center’s Symphony Hall and be hosted by BMI President & CEO Mike O’Neill and BMI Vice President of Writer/Publisher Relations Catherine Brewton. Actor and comedian Chris Tucker will co-host with Hip-Hop heavyweight and mega-producer DJ Khaled & Friends opening the show.

The BMI President’s Award is presented on special occasions to an individual songwriter, composer, producer or executive who has made exemplary contributions to the art of music and whose work has profoundly influenced the entertainment industry. As the 2016 honoree, Braxton joins previous recipients Ludacris and Will.i.am in sharing this distinction.

“We are proud to bring the BMI R&B/Hip-Hop Awards to Atlanta for the first time and to honor Toni Braxton with our President’s Award,” said Brewton. “As one of the top-selling R&B artists of all time, combined with her philanthropic efforts, I can’t think of anyone more deserving of this recognition.”

The private event will also salute the songwriters, producers and publishers of the past year’s most-performed R&B/Hip-Hop songs in the United States from BMI’s repertoire of more than 10.5 million musical works. The BMI R&B/Hip-Hop Songwriter, Producer, and Publisher of the Year will be named during the ceremony.

In addition, BMI’s Social Star will return for its fifth year. As a part of the R&B/Hip-Hop Awards, Social Star is a contest which aims to find the songwriter with the most engaged social media audience. Voting opens Monday, August 15, in conjunction with the official announcement of this year’s songwriter-contestants. Fans will be able to vote for their favorite contestant across BMI’s Instagram and Twitter accounts. The songwriter with the most Instagram likes and use of their specialized Twitter hashtag will claim the prize. Previous winners have included Mac Miller, Machine Gun Kelly, Zendaya and SoMo.

Before she became an international sensation, Toni Braxton began her career performing alongside her sisters as one-fifth of the singing group, The Braxtons, and with the help of Antonio L.A. Reid and Kenneth “Babyface” Edmonds, she launched a successful solo career selling more than 40 million albums worldwide.

Capitalizing on the success of her first single as a solo artist, “Love Shoulda Brought You Home” from 1992’s Boomerang soundtrack, Braxton released three consecutive albums; Toni Braxton (1993), Secrets (1996), and The Heat (2000). Hits included “Another Sad Love Song,” “Breathe Again,” “You’re Makin’ Me High,” “He Wasn’t Man Enough” and “Unbreak My Heart,” which became her signature song earning her a coveted GRAMMY for Best Female Pop Vocal Performance in 1996. She has received a total of seven GRAMMY-Awards, including one for Best R&B Album in 2015 for her collaboration with Babyface, Love, Marriage & Divorce (2014), and many other accolades including nine Billboard Music Awards and seven American Music Awards.

In recent years, Braxton has appeared on Dancing with the Stars, starred on Broadway (Beauty and the Beast and Aida), and headlined Toni Braxton Revealed, a Las Vegas residency at the Flamingo Hotel. Beyond the stage and screen, she is a humanitarian who currently serves as a spokesperson for Autism Speaks. She’s also actively involved in the American Heart Association, and has been incredibly vocal regarding her battle with Lupus. Toni currently stars in WE tv’s hit show Braxton Family Values with her four sisters.