Posted in MusicWorld on November 20, 2007 by Kevin Zimmerman 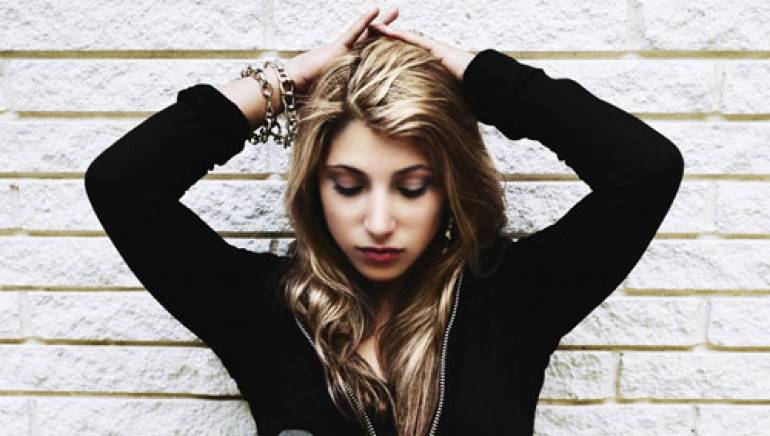 Rap’s not the easiest genre to break into, especially if you’re an 18-year-old white woman.

But New York native Lanz isn’t one to be fenced in by expectations. Signed to Interscope Records, which will be releasing her debut album, Young $ Restless, on Feb. 12, 2008, Lanz is currently on tour opening for no less a hip-hop icon than Snoop Dogg, winning converts and proving her mettle night after night.

Born Alana Michelle Josephs, the only child shuffled between her parents for a few years, eventually ending up with her mother. Despite what Lanz calls a “blissful” relationship, the reunion was soon shattered by her mother’s boyfriend’s unstable, drug-fuelled behavior. Combined with the absence of her father, Lanz increasingly turned to such straight-ahead, occasionally rage-fueled acts as Tupac, DMX and Eminem, and, in the process, began developing her own skills.

“As a young kid, instead of having my mind guarded, it wasn’t really shielded at all,” she says. “So real life at an early age was a real thing for me.”

Lanz started recording demos and rapping on the underground scene, eventually gathering a team of industry professionals and ultimately becoming the subject of label interest, leading to a meeting at Interscope honcho Jimmy Iovine’s home. The pair clicked, and Lanz is now finishing up her album with such well-established producers as Three 6 Mafia, Stargate, and Organized Noize.

“When you’re creating waves in uncharted waters, there’s always going to be haters who try to sink your float,” she says. “No matter how many times they try to stop me, I’ve kept right on my beautiful struggle. I’ve felt both the pain and the love so I speak for the kid always pushed on. I show them how to shove back. I’m not just trying to make it, I’m trying to be one of the best to ever do it.”