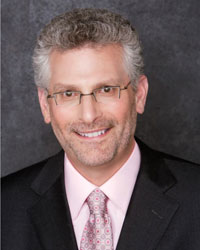 Mark Pedowitz, President, Touchstone Television and Executive Vice President, ABC Entertainment Television Group, has been elected to a four-year term on the BMI Board of Directors, it was announced today by Chairman of the Board of Directors Cecil L. Walker following the performing right organization's annual shareholders meeting in New York.

Named President of Touchstone Television in 2004, Pedowitz is responsible for the day-to-day creative and business operations of the studio. He has held the position of Executive Vice President, ABC Entertainment Television Group since 1999, and in that position, oversees all business, legal and financial affairs for ABC Primetime and Touchstone Television, as well as business and legal affairs for ABC Daytime; he has been with ABC since 1991. He currently sits on the Board of the Foundation for the Academy of Television Arts and Sciences (ATAS), and has served on the executive boards of ATAS and the Hollywood Radio and Television Society (HRTS).

Founded by a group of leading broadcast executives in 1939, Broadcast Music, Inc.(r) (BMI) is an American performing right organization that represents more than 300,000 songwriters, composers and publishers in all genres of music. With a repertoire of more than 6.5 million musical works from around the world, the non-profit-making corporation collects license fees from businesses that use music, which it then distributes as royalties to the musical creators and copyright owners it represents.