Posted in MusicWorld on June 27, 2006 by Kevin Zimmerman 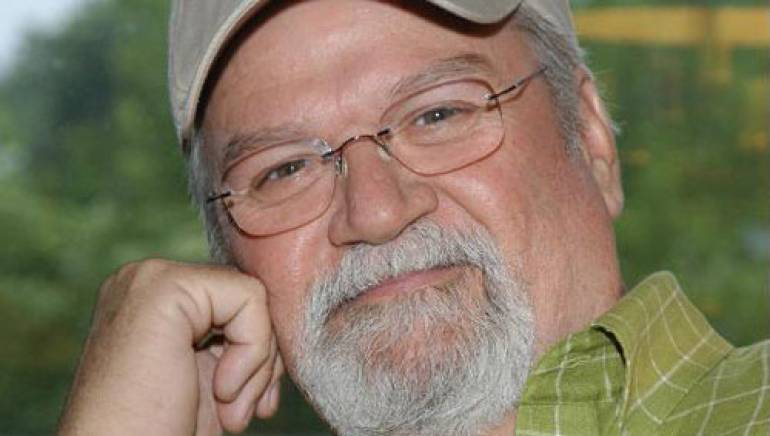 In the highly competitive world of music publishing, it can sometimes be difficult to find accord on even the most minor question.

Not so when the subject is Roger Murrah. In addition to a songwriting career filled with hits for such luminaries as Waylon Jennings, Alan Jackson and Alabama, Murrah’s Nashville-based indie publisher Murrah Music has become one of the country scene’s most important publishers — what Glenn Middleworth, Vice President of Creative for Famous Music-Nashville, calls “perhaps the best independent publishing house in town.”

Adds Karen Conrad, longtime Nashville publisher and consultant to BMG Songs Nashville: “Roger is one of those rare people who has great musical talent and business organizational skills. His contribution to the Nashville music industry as a songwriter and a mentor to other writers has been tremendous.”

“Roger has been a mentor and friend and taught me the difference between a good song and a great song,” says writer/producer Keith Stegall, now the Chief Creative Officer at Broken Bow Records. “Lyrically speaking, he taught me that less is always more.”

Murrah’s own modest demeanor belies his considerable achievements, which includes two consecutive terms as president of the Nashville Songwriters Association International (NSAI), a term as chairman of the Nashville Songwriters Foundation (NSF, where he currently serves as chairman), a BMI Songwriter of the Year citation, and, for Al Jarreau’s “We’re in This Love Together,” a BMI Million-Air Award recognizing the hit’s one million-plus radio performances.

Not bad for someone who just wanted to be a singer.

Born in Athens, Ala., Murrah taught himself how to play music on a piano his father had traded a pick-up truck for. “I think he felt it was good to have around us — he traded trucks, cattle, everything, but that was definitely his most unusual trade,” he recalls with a laugh. “I learned just enough to write, and since I’d learned by ear I always kept it simple, didn’t ever really get too complicated.”

While serving in the Army in 1968, Murrah signed on as a staff writer with Muscle Shoals music publisher/producer Rick Hall. Following his military service, he and some partners opened a recording studio in Huntsville, Ala., ultimately forming a relationship with industry vet Bobby Bare; by 1972 Murrah had relocated to Nashville to sign with Bare’s Return Music, and a year later had married the former Kitty Goodman and notched his first nationally charted song, “It’s Raining In Seattle,” recorded by Wynn Stewart.

“I actually got into the business to be a singer,” Murrah notes. “I kind of backed into songwriting, but that took off once I was in Nashville. I was successful enough with it to not have to worry about my singing career. In the end it worked out for the best, because I wasn’t really cut out to be on the road all the time.”

Murrah’s ascent as a songwriter started gradually, but quickly picked up speed. “At that stage in your career the least things can be very exciting to you, giving you hope to tide you over for a couple of years,” he says. “It was a long and drawn out process, but it was all necessary to learn how to write. I was also pitching a lot of songs, which I enjoyed.”

So much so, in fact, that by 1987 he was co-publishing his own material with Tom Collins Music. “One day I stood on Tom’s front porch and, both figuratively and literally, looked up and down Music Row and nothing appealed to me that would work. So I decided to step out on a limb and try it myself. It was,” he says, “the best move I ever made in my career.”

Within two years of its 1990 inception, Murrah Music was named Billboard’s Independent Publisher of the Year, due in no small part to Murrah’s own songwriting for such acts as Mel Tillis, Conway Twitty and the Oak Ridge Boys, as well as by such developing writers as Rachel Thibodeau, Mike Mobley, Neal Coty and Jon Henderson.

Murrah’s interest in working with new talent — more than a few Nashville figures describe him as a “mentor” — is something that comes naturally. “I love helping to train new writers and help them come along. Sharing their first success gives me an opportunity to go through that again.”

Such an approach is what separates the independents from the majors, he says. “Big corporations are not so interested in training writers; they want and to some degree need to hit the ground earning. As a result, it’s difficult to impossible for large corporations to maintain a close personal relationship with writers, especially young writers. It’s more about the bottom line and the money. They become bankers, bankrolling writers.

“But a writer needs to feel there’s a contact there, there’s warm bodies. Being a writer myself, I can help them grow quicker, by working closely and helping to nurture them.”

Currently, Murrah Music represents 10 writers besides Murrah himself, and administers about 10,000 copyrights. The company is always on the lookout for catalog acquisitions, and represents songs by Mark Alan Springer, Phillip White, Jimmy Melton and Pat Terry.

And as he continues to work tirelessly with the NSF, whose goal is to build a Nashville Songwriters’ Hall of Fame (he hopes to make a “major announcement” later this year), Murrah’s personality and reputation continue to impress others in the community.

“Roger has always been one of my favorite writers and has written some of my all-time favorite songs,” says Renee Bell, Senior VP, A&R, RCA Label Group, who estimates she’s known Murrah for nearly two decades. “He is an incredible mentor for writers, and this is why he has had one of the most successful independent publishing companies in town over the past 16 years.”

“I used to pop over to Tom Collins Music, which was right across the street from where I worked in the mailroom at RCA Records, back in the early ’80s,” says Famous’ Middleworth. “I loved to hang out and listen to Roger's new songs and Tom's stories and perspective about the publishing biz. I think that's when I decided I wanted to get into publishing.”