Posted in News on May 31, 2006
The June edition of BMI's "Pick of the Month" will feature Vagrant recording artist John Ralston and his debut CD, Needle Bed, on Wednesday, June 7 at the Gibson Guitar Showroom (9350 Civic Center Drive) from 7 p.m. to 9 p.m. In addition to an acoustic performance by Ralston, the evening will also celebrate the launch of Coinfish Publishing. This is a private, industry-only event; please R.S.V.P. to LARSVP@bmi.com to attend. 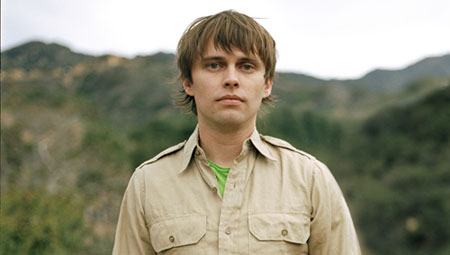 Florida-based singer/songwriter John Ralston releases his debut CD Needle Bed on June 6, but its foundation was laid many years ago. The then-teenaged Ralston poured over records by Beatles, the The Beach Boys, The Band, Bruce Springsteen and Bob Dylan, and in turn, began penning songs of his own. "My mom was a folk singer, and she taught me to play guitar," says Ralston about his early years. Even then, he was prolific. "From the first time I learned three chords, I wrote a song. I'm sure it was a really horrible song, but I always kept writing and writing." In the months following the recording of Needle Bed, Ralston put together a band and after only one rehearsal, ventured northward to open a string of shows for another longtime musical cohort, Chris Carrabba of Dashboard Confessional. "I think the first night we sold close to 300 CDs," Ralston recalls about the initial reaction to the early, limited pressing. This prompted Ralston to look into giving the CD a proper release, and he needed look no further than his friends at Vagrant Records. Ralston will tour in support of the CD, opening for his friends, Dashboard Confessional.

BMI's "Pick of the Month" is a live, monthly showcase series focusing on a musically impacting band or artist whose talent is worthy of attention. The series is meant to help expose these artists to the music industry and public through a show held at a quality venue with discounted admission.