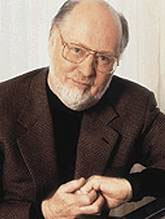 Academy Award-winning BMI composer John Williams will be honored by the Henry Mancini Institute (HMI) at its 10th Anniversary Concert and Gala Celebration, set for June 17 at Hollywood's famed Kodak Theatre. Williams will receive the prestigious Hank Award for his distinguished contribution to American music. The event will star Tony Bennett and feature the HMI Orchestra, with appearances by Julie Andrews, Dave Koz and Monica Mancini.

In addition to the presentation of the Hank Award, the HMI will also honor the Institute's president and co-founder, Ginny Mancini, with the HMI Legacy Award for visionary leadership in music education. Julie Andrews will present the Legacy Award to Mancini.

John Williams, whose timeless scores include E.T., all six Star Wars movies, the Indiana Jones trilogy and the Harry Potter series, picked up his fourth Best Original Score Golden Globe this year for Memoirs of a Geisha. His list of awards is unparalleled and also includes five Oscars, two Emmys, five BAFTA Awards and 18 Grammys, with an astonishing 122 nominations over his 40-plus year career. He was most recently honored at the 2006 BMI Film & Television Awards for the scores to Memoirs and War of the Worlds.

Founded in 1997 by composer/conductor Jack Elliott, the Institute is dedicated to the legacy of Henry Mancini and his lifelong commitment to excellence in both music and education. For almost a decade, BMI has been a partner and supporter of the Institute and its commitment to upholding Mancini's devotion to promising young musicians, with BMI composers Billy Childs, Bill Cunliffe, Charles Fox, Gunther Schuller, Dave Grusin, David Newman, Tom Scott and John Williams included among the Institute's diverse faculty, National Advisory Board and Music Advisory Board.

Collaborating with Mrs. Mancini in leading the Institute are BMI Emmy- and Grammy-winning composer Patrick Williams, who serves as HMI Artistic Director, and Emmy Award-winning BMI composer Daniel Carlin, who is the Institute's Executive Director. Throughout the year, the HMI staff and alumni provide hands-on instructional and live-performance music programs to over 15,000 students and their families in 25 Los Angeles-area elementary and secondary schools. These programs include the After School Music Program, the In-School Concert Series, Community Concerts, LAUSD Arts Community Partnership Network (ACPN) and Music L.A.! The Institute also conducts enrichment programs for teachers wanting to add music to their standards-based instructional curriculum.

The musicians presenting all of these music-education programs are graduates of the Institute's renowned Summer Program for Emerging Professional Musicians. Held annually on the UCLA campus, this program is a fully funded, four-week intensive music-study and mentorship program attended by 85 of the world's most musically talented 18-to-33 year-olds. The goal of this unique program is twofold: 1) to mentor the next generation of professional musicians through multi-genera study, rigorous preparation, practical recording experience and public display of their craft; and 2) to enhance community connection by showcasing the Institute's eclectic range of musical styles and forms through live performance, thereby promoting a common language among diverse audiences. To meet this latter goal, the Institute presents its citywide, nine-concert HMI Free Summer Music Festival. This year, the study program begins July 14 and continues through the festival, which runs from July 22 through August 12, 2006.

For ticket information for the 10th Anniversary Concert and Gala Celebration, please call Marsha Krieger at FTA Events at 310-288-1755, Ticketmaster at 213-480-3232 or visit the Kodak Theatre Box Office.