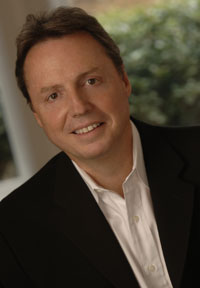 Jody Williams has been appointed Vice President, Writer/Publisher Relations, Nashville, it was announced today by Del Bryant, President & CEO, and Phil Graham, Senior Vice President, Writer/Publisher Relations for BMI, the U.S. performing right organization. In his role, Williams will direct all writer/publisher relations activities in BMI's Nashville office. He will start May 30, 2006 and will report to Graham.

"Jody's three decades of experience in the music business combines success as an executive in both independent and major music publishing operations, with two previous positions as a writer/publisher relations executive at BMI," said Bryant. "He has truly seen the song business from every side, and is as widely admired for his business skills as for his extensive network of relationships throughout the music industry. We are very pleased to welcome him back 'home' to BMI."

Graham added, "Jody's successful track record in developing and supporting songwriters speaks volumes. This along with his involvement with industry organizations such as CMA, NARAS and Belmont University makes him uniquely qualified to lead BMI's Nashville office into the future."

Williams started his career at BMI, working in an administrative capacity for two years. Subsequently he served in creative positions for Hat Band Music, Screen-Gems Music and Dick James Music. He rejoined BMI and remained there for over eight years, rising to the position of Assistant Vice President, Writer/Publisher Relations. In 1995 Williams again left BMI to become President of the Nashville division of MCA Music Publishing. In 1999, he formed Jody Williams Music, a joint venture with Sony Tree, growing his company to an office staff of four and seven staff writers, placing over 125 songs with major label country artists.