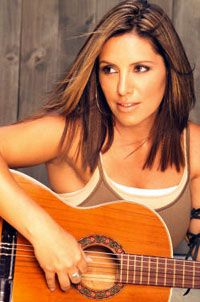 BMI Award-winning Latin singer/songwriter Soraya, one of the first artists to write and record in both English and Spanish, died May 10 in Miami after a long battle with breast cancer. She was 37.

The Colombian/American singer, who was a spokesperson for the Susan G. Komen Foundation, was diagnosed with stage three cancer in June 2000, just as she was finalizing a new album with Universal Music Latino. She successfully underwent treatment and returned to a new record deal with EMI.

Her 2003 album, the self-produced Soraya, earned her the first ever Latin Grammy for best singer/songwriter album, as well as two BMI Latin Awards for the hits “Casi” and “Sólo Por Tí.” Her other BMI Latin Award-winning songs include “De Repente” (1996) and “Amor En Tus Ojos” (1998). She was also nominated for another Latin Grammy in 2005 for Best Female Pop Vocal Album for what would be her final recording, El Otro Lado De Mi.

Soraya, who launched her career in the late 90s by mixing Spanish and English, was a soulful singer whose music ranged from romanticism to social conscience. A charismatic performer from the onset, she opened concerts for mainstream artists like Sting even as her songs topped the Billboard Latin Pop airplay charts. She went on to become one of the most acclaimed female voices in Latin pop and rock.

Soraya’s illness, compounded with her family history of the disease (her mother, aunt and grandmother all died of breast cancer), led her to become a tireless advocate in the fight against cancer. In 2004, she was honored by Billboard with its Spirit of Hope Award for her work to raise awareness on the prevention and cure of breast cancer in the Hispanic community.

“Basically my life is split in three,” Soraya told Billboard at the time. “My music career. My life. And my third part is this [the fight against breast cancer]. It’s a full time job.”