Posted in MusicWorld on May 7, 2006 by Bruce Britt 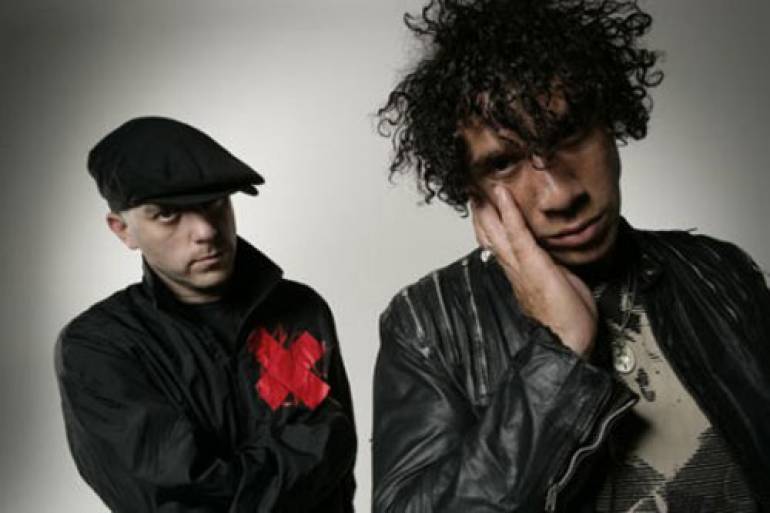 Not since the '80s heyday of new wave rock has a group made alienation sound as ravishing as She Wants Revenge. Fronted by Los Angeles singer/songwriter Justin Warfield and DJ Adam Bravin, SWR employs droning vocals, sequenced electronic instruments and sparse arrangements to create a sound that is at once haunting and sexy, obsessive yet stylishly detached.

Fueled by the singles "Tear You Apart," "Broken Promises" and "These Things," the band's self-titled Geffen Records debut album created an immediate buzz upon its release in early 2006. The excitement was largely due to "Out of Control," the 2005 single culled from the band's introductory EP. The futuristic tune became the most requested song on Southern California's KCXX, and eventually resulted in SWR being named band of the day at Spin.com.

"We just wanted to make a record that would make girls dance and cry," Warfield told the Sheffield Rock Times. "Not in some manipulative or malicious way. It's just that it's like the highest honor. What could be better than having someone want to cry . . . or get up and dance to your music?"

The band cites a host of influences, from obvious post-punk heroes like Echo & the Bunnymen and Psychedelic Furs to classical composers like Samuel Barber and Erik Satie, and moviemakers like Francois Truffaut, Jim Jarmusch and Stanley Kubrick.

"We're both fans of music and we made the album we wanted to hear," Bravin says. "Everything you get on record and live is very, very honest. And artistic output that is truthful can only elicit truthful responses.

"The kids know when they're being lied to, when something feels manufactured as opposed to being made," he added. "We are those kids."