Posted in MusicWorld on March 9, 2006 by Malcolm Venable 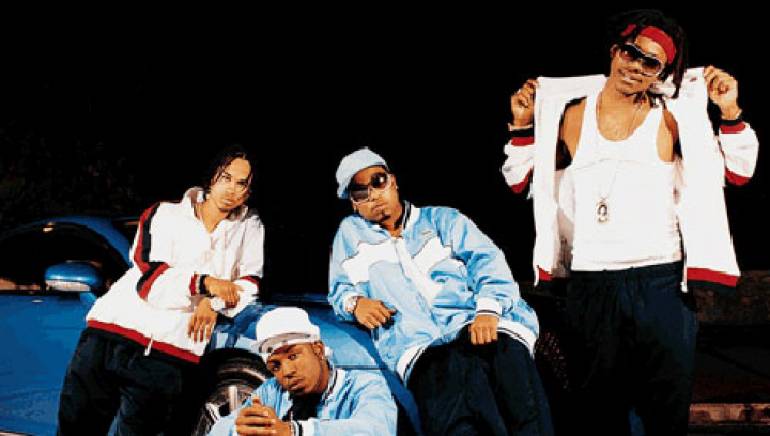 Pretty Ricky gives an entirely new meaning to the phrase “band of brothers.” Under the direction of their disciplinarian dad, the four siblings began as dancers clad in sparkling outfits. Visual and physical antics propelled them into local stardom, and the boys began wondering if they had a shot at the big time.

After aggressively promoting themselves throughout the southeast since 1997, the Miami natives saw their first breakthrough in 2002. That was the year Pretty Ricky — composed of rappers Slick ’Em, Baby Blue and Spectacular plus singer Pleasure — stormed Miami’s Power 96 with their single “Flossin.” Almost overnight, a female fan base developed, feverishly requesting their song.

In 2004, Pretty Ricky struck again with “Grind with Me,” a woozy, sexually-charged slow jam featuring lightning-fast raps. “We want to be trendsetters,” says Baby Blue. “Everything somebody is doing, we try and go against the grain and do something else just to be different.” Their uniqueness worked: Again, women phoned Power 96 demanding the song and it became the most requested song in the station’s history.

Pretty Ricky’s fate was sealed that December when Atlantic Records Co-Chairman/COO Craig Kallman was in Miami. He saw hysteria erupt at their live show, and hosted an impromptu hotel room audition. Their dad’s work paid off: “They shook on it right there,” Spectacular says.

Pretty Ricky has opened for Run-DMC and Lil Jon, as well as Miami neighbors Trick Daddy, Trina and Pitbull. Their debut album, Bluestars, is a signature blend of crooning and spit-fire raps, and saw two singles, “Grind With Me” and “Your Body,” hit the Top 50 on the Billboard pop chart. The group also snagged an American Music Awards nomination for Favorite R&B/Soul Band Duo or Group.
Already the South’s hottest new sensation, they’re likely a hit at the family reunion too.