Posted in MusicWorld on March 9, 2006 by Kevin Zimmerman 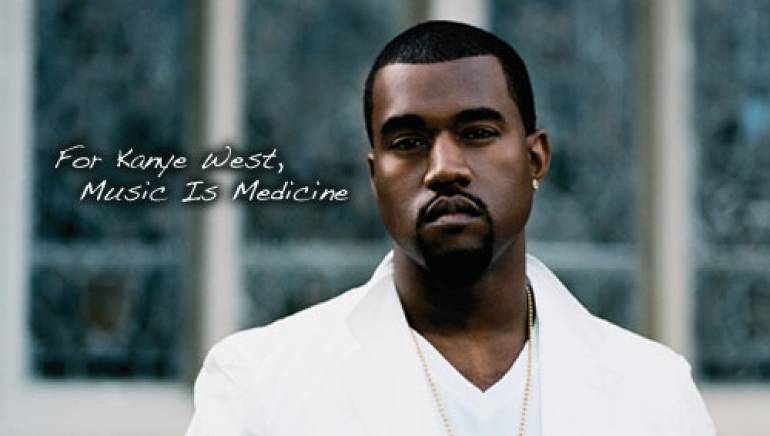 Declaring on national television that “George Bush doesn’t care about black people” might be a career-killer for most artists — but most artists aren’t Kanye West.

The 28-year-old hip-hop superstar’s ubiquitous single “Gold Digger” (featuring some Ray Charles-ish backing vocals from friend Jamie Foxx) has effortlessly topped pop, r&b, digital and ringtone charts, while sales of its accompanying album, Late Registration (Roc-A-Fella/Def Jam), exceeded two million in less than two months. With eight Grammy nominations and his name on Time magazine’s list of the 100 most influential people in the world, you’d probably think that the artist’s ego is probably as big as his bank account.

“It’s hard when people are depending on you to have an album that’s not just good, but inspired,” he continues, referring to the out-of-the-box success of his debut album, The College Dropout, which in addition to going triple platinum, earned Grammys for Best Rap Album, Best Rap Song and Best R&B Song and launched the catchily meditative “Jesus Walks” into a million consciousnesses. “I mean, my music isn’t just music — it’s medicine. I want my songs to touch people, to give them what they need. Every time I make an album, I’m trying to make a cure for cancer, musically. That stresses me out!”

Any widespread concerns about West’s being a one-trick pony were dispelled by “Diamonds from Sierra Leone,” a sweeping single that preceded Late Registration by several weeks and went to the top of the charts, pumped not only by West’s impassioned vocals but also by an ingenious utilization of Shirley Bassey’s James Bond theme, “Diamonds Are Forever.”

The pop smarts were gained from years in the production booth, delivering chart-toppers for Jay-Z, Talib Kweli, Ludacris and Alicia Keys. Indeed, his production work on Jay-Z’s now-classic 2001 album The Blueprint, where he drew upon such sources as the Jackson 5, the Doors and the Temptations to put across Jay’s rhymes, made him the go-to producer in hip-hop.

That success was parlayed into a recording contract, but just as things started cooking, West was involved in a near-fatal auto accident in 2002. “I have flashbacks of what happened every day,” he says. “And anytime I hear about any accident my heart sinks in and I thank God that I’m still here. I found out how short life is and how blessed you are to be here.” The experience informed both “Through the Wire,” which he performed with his jaw still wired shut, and the triumphant “Jesus Walks.”

Flash forward to 2005, and with the help of composer/producer Jon Brion (Fiona Apple, Aimee Mann), West has delivered an album that’s sure to lead many year-end “best of” lists. In addition to Foxx and Jay-Z, Late Registration’s guest list includes Brandy, Paul Wall, Cam’ron, Adam Levine of Maroon 5 and his longtime friend and collaborator John Legend.

The result is an epic in every sense, ranging from the personal to the political, from the romantic to the off-the-wall hilarious. “Crack Music,” with its one-line hook from hip-hop icon The Game, examines the effects of drugs on the black community, as does the searing “Addiction,” wherein West wonders why it is that “everything that’s supposed to be bad makes me feel so good?” On “Bring Me Down,” Brandy lends her soulful voice to West’s cynical raps like “If you ever wanted to ever be anything, there’ll always be somebody that’ll shoot down any dream.”

On the flip side, there’s the infectiously cautionary tale that is “Gold Digger,” as well as the humorous “Drive Slow” with Wall, not to mention the breezy, harmonious confection with Levine on “Heard ‘Em Say.”

That he’s accomplished so much in such a relatively short time has, of course, worked to dispel a lot of that “depression” he speaks of. (The uproar over his Bush comments during a Hurricane Katrina benefit show didn’t hurt, either.) Of his outspokenness, West says, “People either love it or hate it. People love and hated Muhammad Ali. My grandfather loved Muhammad Ali and my grandmother hated him. But I bet you more people love and remember Muhammad Ali than less. Because he used to talk s**t – ‘Float like a butterfly, sting like a bee’ – and I think I say the same kind of things in my own statements. It’s like, you can’t please everybody, but if anybody’s got a shot, it’s me.”