Posted in MusicWorld on March 9, 2006 by Pat Baird 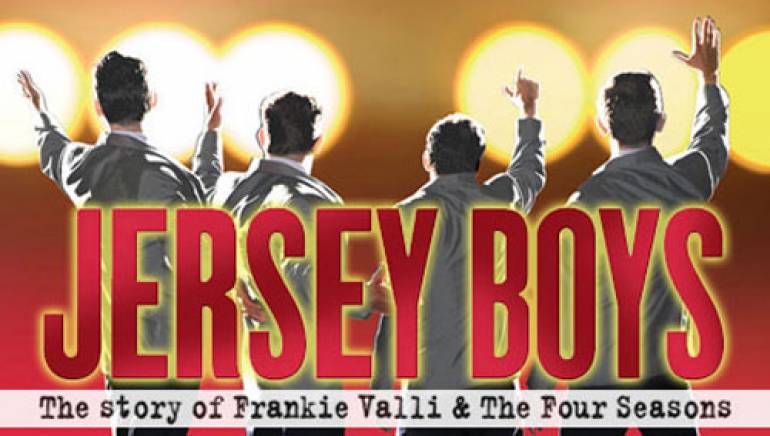 They could have called it “Big Girls Don’t Cry” or “Can’t Take My Eyes Off of You” or “Oh What a Night.” But, instead, the new hit Broadway musical about the tortured rise of Frankie Valli & the Four Seasons honors their roots, not their records. Why? Some would call it an attitude, that irrepressible Jersey something that has a lot to do with survival. Some would call it just plain stubbornness.

Whatever, it sure worked to the advantage of four teenagers from Newark who turned doo-wop on its ear and eventually achieved international fame.

Jersey Boys began its life with more than a few advantages. First, the original songwriters Bob Gaudio (a founder and full-time member of the Four Seasons who wrote the music) and Bob Crewe, who wrote the lyrics and produced many of the records, contributed their songs. Second, Des McAnuff, who turned Pete Townshend’s generational “rock opera” Tommy into a Tony Award-winning Broadway production for all ages, signed on as director, while fellow Newark native Joe Pesci served as a producer. Add four largely unknown actors with voices that eerily replicate the then-unique Seasons’ harmonies and you get a production that defies the simple “jukebox musical” definition.

Despite the soiled roots of the Four Seasons story, the evening soars on the exuberance of the songs. This musical offers audience participation at its highest. How can one resist singing — or shrieking — along to “Sherry,” and what’s more poignant than seeing 20-somethings mouthing “it was late December 1963” as if they remembered it well.

Jersey Boys is that rare phenomenon that can cross radio airwaves, generations and the Hudson River with its joy, integrity and attitude intact.