Posted in MusicWorld on September 29, 2005 by Deborah Evans Price 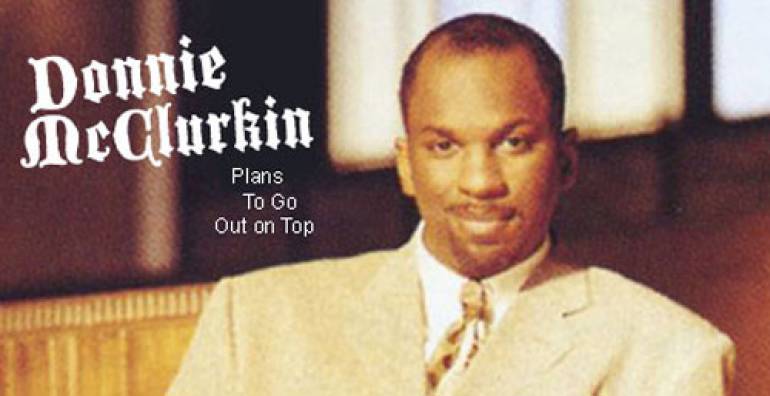 With a top-selling album and an upcoming film, you'd be hard-pressed to find a busier artist than Donnie McClurkin, or one more successful. His latest album, Psalms, Hymns & Spiritual Songs , debuted at No. 1 on Billboard 's Top Gospel Albums chart in April and camped out at the top spot for 15 weeks.

"I took a lot of the songs that we sang in church that no one has sung in a long time and just brought them up to the foreground," he says. "If I could present them then the world would be turned onto them again and I could at least have contributed something before I leave."

McClurkin stunned the gospel industry this spring by announcing that he planned to retire from the music industry and concentrate on his role as pastor of the Perfecting Faith Church in Freeport, NY, which he founded four years ago. "I always knew I wasn't in this for the long term," he says of the music industry. "I've got too much more to do. There's too many more lives to help and there's a greater purpose and [the gospel music industry] is in good hands. It's in good hands with Kirk Franklin, Yolanda Adams, CeCe Winans and Fred Hammond."

Known as much for his warm, caring personality as his musical gifts, McClurkin overcame a childhood marked by abuse and an adult bout with leukemia to become one of the gospel community's most acclaimed artists. "I want to do like Carol Burnett did," he says of his retirement. "When she went off CBS, she went out on top of the ratings."

Indeed, Psalms, Hymns & Spiritual Songs , and its companion DVD, reflect an artist at the top of his game. The project was recorded live at the Rock Church in Virginia Beach last year. "We had 5,600 people in there and 300 people that couldn't get in," recalls McClurkin. "It was a wonderful, wonderful time."

The double-CD set features several special guests, among them Dottie Peoples, Joann Rosario and Richard Smallwood. There's also a bonus track, a remake of the r&b classic "Ooh Child," featuring Donnie's pal Kirk Franklin. "There's a sense of fear and there's a sense of terror," McClurkin says of the turmoil in the world today. "This is a soothing song, like a lullaby, letting people know it's going to get easier."

His biography, "From Darkness to Light: The Donnie McClurkin Story," came out last fall on DVD and has aired on BET.

McClurkin has one more album due for Verity Records, and then he'll turn his full attention to pastoring. He'll continue singing at his church, and has plans to record a project with his sisters and another with his church choir. He won a Gospel Music Association Dove Award this year for dueting with the Crabb Family on "Through the Fire." Before he retires, he says he'd love to record with Steven Curtis Chapman, Michael W. Smith and Third Day's Mac Powell.

"I want to cross all of these barriers before I leave," he says, "and hopefully to spark some of the other artists to have that as a desire too."