Posted in News on September 21, 2005
BMI songwriter Joel Hirschhorn, who shared two Academy Awards for theme songs in The Poseidon Adventure and The Towering Inferno, has died. He was 67.

Hirschhorn, of Agoura Hills, Calif., died September 18 of a heart attack at Los Robles Hospital and Medical Center in Thousand Oaks after suffering a broken shoulder in a fall two days earlier. 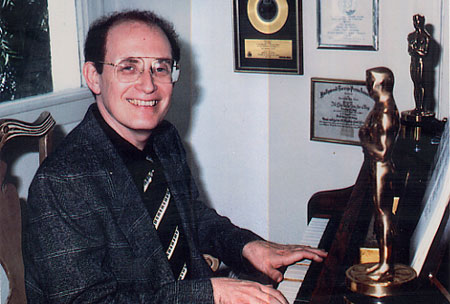 Hirschhorn's songs sold more than 90 million records, were featured in 20 movies and were recorded by various artists including Elvis Presley.

With longtime collaborator Al Kasha, he won his first Oscar in 1973 for "The Morning After" from Poseidon, a film about a luxury cruise ship capsized by an enormous wave. The song, which has accumulated more than two million broadcast performances, also earned a BMI Pop Award that same year. They won their second Academy Award in 1975 for "We May Never Love Like This Again" from The Towering Inferno. Two years later, the writing partners were nominated for a pair of Oscars for songs from the Disney animated film Pete's Dragon.

Hirschhorn and Kasha also received two Tony Award nominations - in 1981 for their score to the musical Copperfield and in 1983 for songs in a revival of Seven Brides for Seven Brothers.

Hirschhorn is survived by his wife of 20 years, documentary producer Jennifer Carter Hirschhorn; her two sons, Kevin and Brent Carter; his mother, Evelyn Hirschhorn of Westlake Village; his sister, Madeleine Desjardins of Palm Desert; and a grandson.