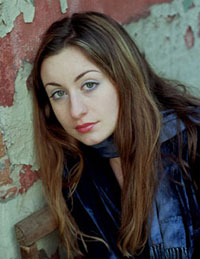 BMI singer/songwriter Mieka Pauley has been named the grand prize winner of the first ever NEMO/Starbucks Emerging Artist Songwriting Contest. Pauley was chosen from among nine regional finalists who performed three songs each in front of a sold out audience at the famed Paradise Lounge in Boston. The finalists, initially selected out of over 1,800 artists from throughout New England, also included BMI songwriter Adriano Schiavo.

As the top winner, Pauley's prizes include a trip and performance slot at the 2006 Kauai Music Festival in Hawaii (provided by BMI), $1,000 in gifts and goods from Starbucks, as well as studio time, local radio play, CD duplication and other valuable merchandise.

The Boston native has also been nominated as Female Singer/Songwriter of the Year for the 18th Annual Boston Music Awards, being held September 28 at the Avalon Ballroom. She will perform that evening during the ceremony, as well as on September 30 at a BMI-sponsored showcase during this year's NEMO Conference.