Posted in MusicWorld on August 2, 2005 by Kevin Zimmerman 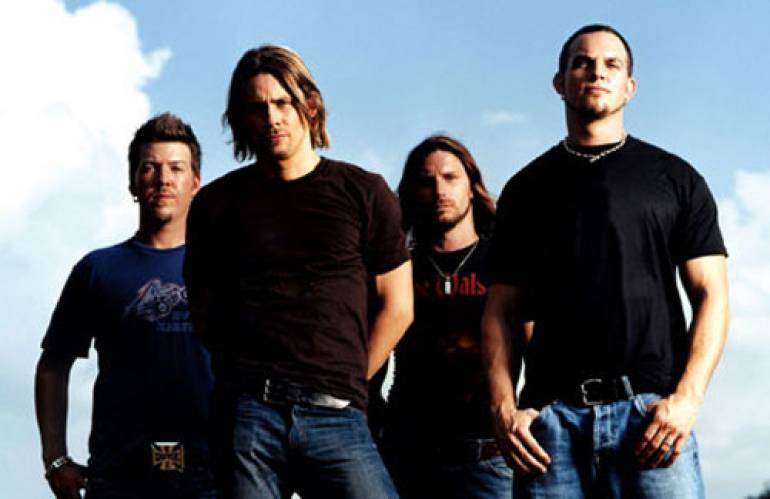 Is there life after a multi-platinum career in Creed? Three former members of that band, along with vocalist Myles Kennedy, certainly think so, starting with their new incarnation as the melodically rocking band Alter Bridge .

"After all Creed achieved professionally, I felt that I needed to refocus on the goals that I had personally," says guitarist Mark Tremonti, who along with drummer Scott Phillips and bassist Brian Marshall exited Creed to start the new group. "One of those goals was to get back to my rock & roll roots."

The result, One Day Remains (Wind-up), features sledgehammer-heavy tunes like "Metalingus" and "Watch Your Words" sitting comfortably aside more radio-ready tracks like the catchy "Open Your Eyes." As a whole, the album is reminiscent of some of the great rock albums of the 1970s — something that was hardly accidental.

"The '70s can really be defined by one word: real," Tremonti declares. "From the beginning, we have tried to work within the parameters of being true to that quality, while at the same time bringing the sound into the 21st century. I do believe that the realness comes out in this music purely as a product of us doing this for the fun of it. It begins and ends with the love of the music."

Kennedy, who previously served time with alternative rock outfit The Mayfield Four, adds: "It is so important to begin with a great song. If the song is not there, it will never work."

While dealing earnestly with its subjects in a sober manner, Alter Bridge avoids self-seriousness. As a matter of fact, the group went bungee-jumping together from a 300-foot drop to welcome Kennedy into the band. "This is representative of what is going on with the new band," says Phillips. "Everything is a lot of fun for us."