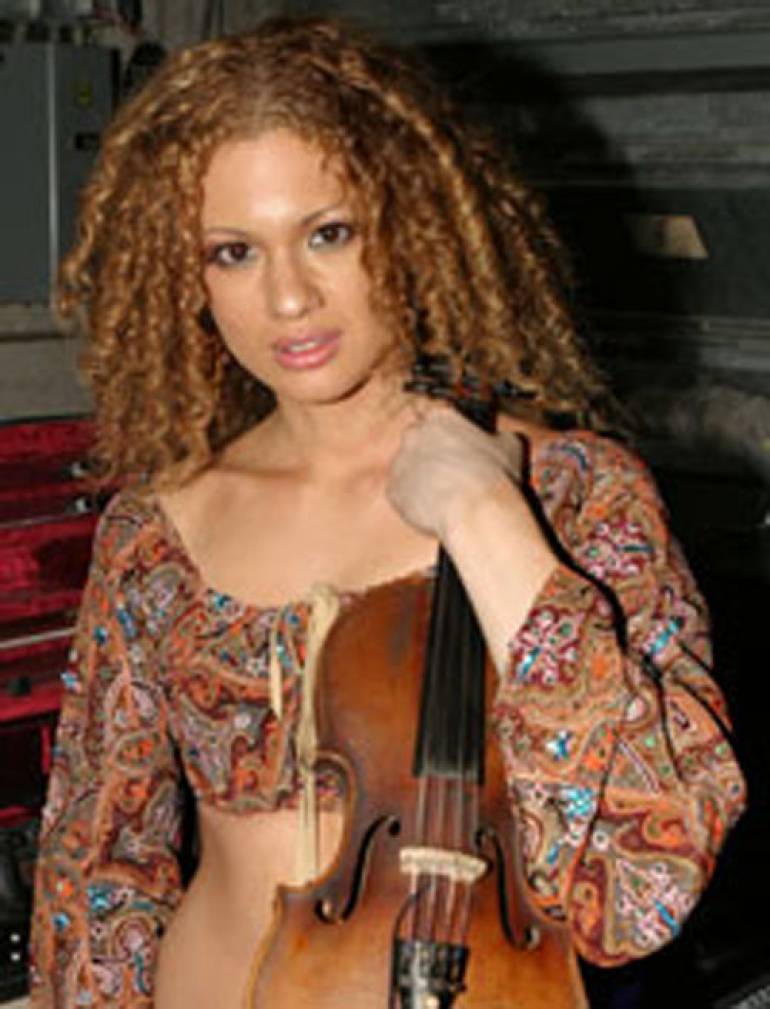 The bow meets the beat with the music of Miri Ben-Ari, the violinist on Kanye West’s Grammy-nominated The College Drop Out , and a co-writer of West’s two-time Grammy-nominated hit “Jesus Walks.” For her Universal release, The Hip-Hop Violinist , Ben-Ari enlisted a role call of notable guest vocalists and rappers: Mya, Fabolous, Lil’ Mo, Twista, Pharoahe Monch, Musiq, E-40, T.I. and Joe Budden. She’s joined on her first single, “Sunshine to the Rain,” by two more familiar names, Scarface and Anthony Hamilton.

Raised in a small town near Tel-Aviv, Israel, when she served her mandatory military service in the Israeli army, Ben-Ari became entranced by the sounds of Charlie Parker and American jazz. She came to the U.S. to study at the Mannes School of Music in New York City and recorded a well-respected series of jazz albums before branching out into hip-hop and r&b.

An electrifying show with Wyclef John at Carnegie Hall and a breakthrough performance on NBC’s “Showtime at the Apollo,” plus writing, producing, arranging and performing all of the strings on the Kanye West project and guesting on West’s production of Twista and John Legend, quickly catapulted her into r&b consciousness. Performances with West on “The Tonight Show” with Jay Leno, “The Late Show with David Letterman,” “Last Call” with Carson Daly and “The Sharon Osborne Show” introduced her unique artistry into living rooms worldwide.

From Israel to the states, from classical to jazz and now to r&b and hip-hop, music is Miri Ben-Ari’s well-stamped passport. She may have a host of influential friends, but on The Hip-Hop Violinist , she’s definitely the one pulling the strings.