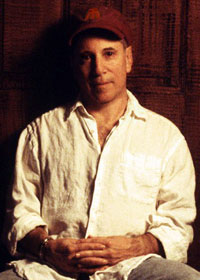 Legendary singer/songwriter Paul Simon will be honored as a BMI Icon at the performing rights organization's 53rd Annual Pop Awards on Tuesday, May 17 at the Regent Beverly Wilshire Hotel in Los Angeles. Simon will receive the accolade at the black-tie dinner hosted by BMI President & CEO Del Bryant and co-hosted by Vice President & General Manager, BMI Los Angeles, Barbara Cane. The awards ceremony honors the songwriters and publishers of the past year's most performed pop songs.

The Icon designation is given to a creator who has been "a unique and indelible influence on generations of music makers." Simon, a multiple Grammy winner and a double inductee into the Rock & Roll Hall of Fame (as a member of Simon & Garfunkel and as a solo artist), joins a distinguished list of previous BMI Icons, including James Brown, Chuck Berry, Brian Wilson, Van Morrison, Little Richard, Dolly Parton and Carlos Santana, who will be honored as an Icon at the BMI Latin Awards on April 21 in Las Vegas.

The BMI Pop Awards recognize the songwriters and publishers of the most performed songs on U.S. radio and television from the company's repertoire of approximately 4.5 million musical works from around the world. A Pop Song of the Year, Songwriter of the Year and Publisher of the Year will be announced during the evening, as will the winner of the BMI Foundation's John Lennon Scholarship.