Posted in News on April 12, 2005
BMI New York will host "Nashville Divas in the Round" at the Living Room (Ludlow Street between Stanton & Rivington) on April 20 at 6pm. This unique showcase will feature some of Music City's best female singer/songwriters including Kylie Sackley, Shelly Fairchild, Stephony Smith and Lisa Carver. Admission is free. 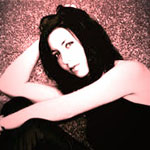 Kylie Sackley
Kylie Sackley, 22, currently resides in Nashville, more than 10,000 miles from her hometown in Port Douglas, Queensland, Australia where she conquered the Aussie country music world, winning the 2002 Country Music Association of Australia's coveted "Best New Talent" Award. Shortly after the CMAA, the award-winning Sackley ventured to Nashville to further develop her talents as a songwriter and explore the possibility of breaking into the US market as a performing artist. She currently works in Nashville as a staff songwriter for Faith Hill producer Scott Hendricks' Big Tractor Music Publishing, where she is already making waves in Music City. Sackley co-wrote LeAnn Rimes first single "Nothin 'Bout Love Makes Sense" with Gary Burr and Joel Feeney off her new album This Woman, which was a top 5 single on Billboard and R&R. She has also secured a song written with Big and Rich's John Rich and Rodney Clawson to be released on the upcoming Faith Hill record. 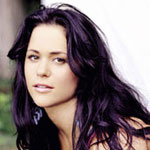 Shelly Fairchild
Her voice conveys the blues of her Mississippi Delta home and the soulful power of a passionate woman who has been "singing with everything I've got" since she began performing as a child. Her edgy style conveys the confidence of a small-town girl from Clinton, Miss., bold enough to head out on her own and earn lead roles in major musicals and national theatrical tours, yet sensitive enough to write heart-tugging stories about love and family as well as steamy tales about desire and living life to the hilt. Her dynamic stage presence conveys the experience of a stage actress and the live-wire energy and hot-blooded emotion of a risk-taker who can open the throttle and roar or slow down to caress a lyric with intimate conviction. Her Columbia Records debut, Ride, is a one-of-a-kind introduction that suggests this country singer won't be held back by preconceptions about Nashville or contemporary country music. Shelly co-wrote four songs on her album, including "You Don't Lie Here Anymore." Her influences range from Patsy Cline and Dolly Parton to Hank Williams Jr. and Travis Tritt. 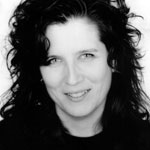 Stephony Smith
BMI Award-winning songwriter Stephony Smith's list of accolades is unparalleled. An eight-time BMI Million-Air Award winner, she was named both Songwriter of the Year and her Faith Hill and Tim McGraw #1 hit "It's Your Love" was named Song of the Year at the 1998 BMI Country Awards. The song also earned a ACM Award for Song of the Year, as well as a Grammy and CMA nomination. She was named NSAI's Songwriter of the Year and has four NSAI #1 awards. Her other #1 cuts include "Back When" (Tim McGraw), "Sin Wagon" (Dixie Chicks), "Perfect Love" (Tricia Yearwood), "Yes!" (Chad Brock), "Big Star" (Kenny Chesney) and "How Was I to Know" (Reba McEntire). Smith has also written over 100 songs for artists such as Shania Twain, Wynonna, She Daisy, Barbra Streisand, Martina McBride, Shelby Lynne, Diamond Rio, Lonestar, Montgomery Gentry, and many others. 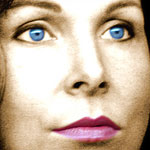 Lisa Carver
Lisa carver is a native Charleston, South Carolina girl, who has been part of the Nashville underground music scene for years. She is a songwriter first and foremost, but has always enjoyed entertaining audiences worldwide with her eclectic, three-dimensional story songs. However, over the last few years, after becoming a grand prize winner in the John Lennon Songwriting Fest, she began getting her collection of audial art cut by today's country artists ranging from Tim McGraw, Shelly Fairchild, Julie Roberts and Jessica Andrews, to Willie Nelson. Her vocal style is pretty much school of Prine, while her writing style lies somewhere between Kinky Friedman and Kris Kristofferson. Her irreverence and originality are refreshing in today's white-washed, politically-correct country music climate, and she's grateful for the chance to be making her mark on Music Row.