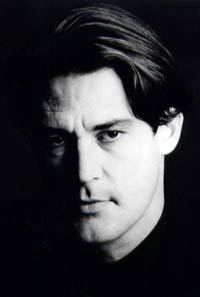 Composer Graeme Revell will be honored as the Richard Kirk Award recipient at the 2005 BMI Film/TV Awards to be held Wednesday, May 18 at the Regent Beverly Wilshire Hotel in Los Angeles. The award is given annually to a composer for his outstanding work and contributions in motion picture and television music. The black-tie, invitation-only dinner will also honor the composers of the top-grossing films of the past year as well as the top-rated prime-time network television series and cable programs. BMI President & CEO Del Bryant will host the awards along with BMI's Vice President of Film/TV Music, Doreen Ringer Ross.

Revell started his scoring career after picking up on rhythms in patient vocalizations at an Australian hospital for the mentally ill, where he was working as an orderly. His experiments with recordings of human and insect sounds and industrial machinery led him to create the early industrial band SPK. Their cinematic theatrics, featuring slides and films of surgery and the use of flame-throwers and oil drums, convinced directors George Miller and Philip Noyce to employ him on Dead Calm, for which he won an Australian Film Industry Award for Best Score. His unique style has been responsible for the riveting atmosphere of some of Hollywood's most tense thrillers, such as Open Water and The Negotiator, dark dramas including The Crow, Blow and The Insider, and exhilarating actioners like Collateral Damage, Chronicles of Riddick and Pitch Black.

Revell worked in the swashbuckling style of Korngold and Williams on Robert Rodriguez's From Dusk Till Dawn and he has furthermore proven an aptitude at scoring big budget blockbusters with Spawn, Daredevil, and Tomb Raider. Proving his sound can successfully cross both genres and platforms, Revell's mixture of melody and sound design was instrumental in setting the mood for the first season of "CSI: Miami."