Posted in MusicWorld on March 9, 2005 by Mariana Llamas de Caballero 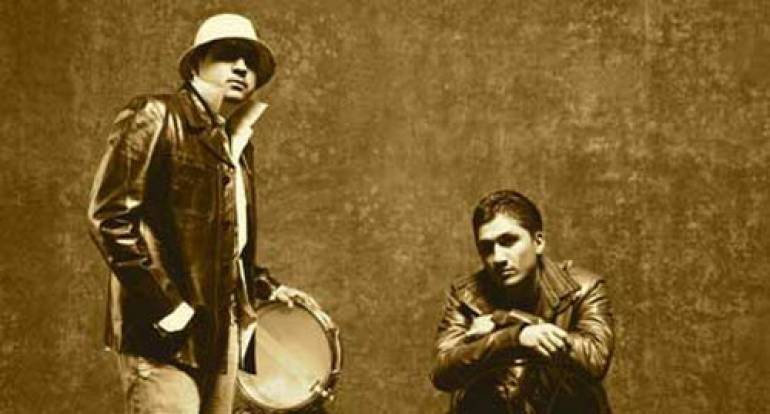 Bobby and IZ Avila, also known as The Avila Brothers, never imagined that their years of hard work behind the scenes of the music industry would get recognition as big as a Grammy nomination. Usher’s Confessions CD, which was nominated for Album of the Year, made this dream come true.

"Never, never in my wildest dreams did I think that I would actually get a chance to be nominated. It almost feels unreal because of the years of hard work doing music you never think that you’ll make it," IZ said.

Although they also have other big names like Janet Jackson and Gwen Stefani among their production and songwriting credits, Confessions was particularly important for them because Usher was an integral part of the creative process.

The Avila Brothers' secret is probably the lack of formulas for success. They just let the music "take its course," IZ says. Allowing the music to flow freely is the way they create. "We just vibe together, whether it is from a word or melody."

Their work on Janet Jackson's Damita Jo was created in similar circumstances, where Bobby and IZ got together and "kind of started jamming with each other," he says.

While it's easy to focus on their songwriting talents, IZ points out that they consider themselves producers first and foremost. It's the focus on the totality of their talents that led them to create something by and for themselves: their latest CD The Mood: Soundsational , which will be released on March 15. This record, as IZ points out, was first of all inspirational, but it actually displays their mastery to make all kinds of music.

"We can do anything, whether it’s hip-hop or r&b or material like James Taylor or Elton John. Our variety of soul is so classic that we said, 'Hey man, let’s do a record that everybody can get into.' Let’s make something that everybody can love. And, we think we did that."