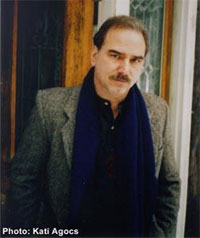 BMI classical composer George Tsontakis has been named the 2005 recipient of the prestigious Grawemeyer Award for Music Composition. The $200,000 award, presented annually by the University of Louisville and named for alumnus and philanthropist H. Charles Grawemeyer, was given for his "Violin Concerto No 2."

Tsontakis's winning work received its world premiere in 2003 by soloist Steven Copes and the Saint Paul Chamber Orchestra, and was recorded in September 2004 on the Koch label.

A faculty member of the Aspen Music School in Colorado since 1976, he was the founding director of the Aspen Contemporary Ensemble from 1991 until 1998. Other accolades include twice receiving the Kennedy Center awards, in 1989 for "String Quartet No 4" and in 1992 for his orchestral work "Perpetual Angelus." He received a Lifetime Achievement Award from the American Academy of Arts and Letters in 1995, and was the Vilar Fellow at the American Academy in Berlin in 2002.

Pianist Stephen Hough's recording of Tsontakis's "Ghost Variations" on Hyperion Records was nominated for a Grammy Award for Best Contemporary Classical Composition and was cited by Time magazine as the only classical recording among its 1998 Top Ten Recordings.