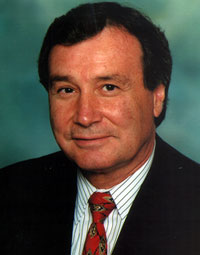 Cecil L. Walker of Atlanta, GA, the former President & CEO of Gannett Broadcasting, has been elected Chairman of the BMI Board of Directors, it was announced today. He joined the board in 1998 and previously served as Vice Chairman.

Recently named BMI President & CEO Del R. Bryant was elected to his first four-year term on the board.