Posted in MusicWorld on August 24, 2004 by Scott Schinder 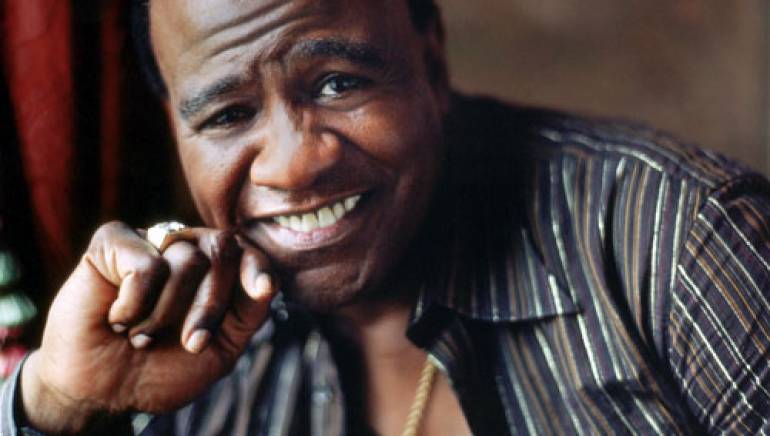 Ranked by many as the world’s greatest living soul artist, Al Green — who will be honored as an Icon at the BMI Urban Awards in August — is in the midst of a remarkable comeback, thanks to his current Blue Note album, I Can’t Stop. The album effortlessly revives the warm, sexy vibe and urbane yet funky sound of Green’s classic ’70s work, showing the artist’s charisma, songwriting ability and transcendently expressive voice to be fully intact.

I Can’t Stop reunites Green — or the Reverend Al Green, as he’s known by the congregation of the Full Gospel Tabernacle, the nondenominational Memphis church of which he is ordained pastor — with producer/arranger/songwriting collaborator Willie Mitchell, who first signed Green to the Memphis-based Hi label and oversaw the singer’s seminal string of ’70s smashes. Although Mitchell returned to produce Green’s 1985 gospel release He Is the Light, the new album marks the first time the two men have collaborated on an album of secular music in 27 years. The new album was recorded at Royal Recording Studios, the same Memphis facility where Green and Mitchell cut their enduring classics, using many of the same musicians and much of the same recording gear. I Can’t Stop’s homecoming vibe is reflected in the effortless exuberance of such upbeat numbers as the title song, “Million to One,” “I’ve Been Thinkin’ ’Bout You” and in the emotional commitment of the ballads “Not Tonight” and “My Problem Is You.”

The eight albums that Green made with Mitchell in the ’70s sold more than 20 million copies, yielding such durable (and largely self-written) hits as “Let’s Stay Together,” “I’m Still in Love With You,” “Call Me,” “Love and Happiness” and “Tired of Being Alone.” Those tunes effortlessly merged the earthy grit of classic Southern soul with smooth grooves and lush orchestrations, with the singer manifesting a passionate, gospel-steeped immediacy that helped make him an international superstar and one of soul’s biggest sex symbols.

But Green had more on his mind than his career. In 1976, while still at the height of his commercial success, he purchased his Memphis church. Taking a 1979 onstage fall as a sign from God, Green decided to concentrate on his ministry, confining his recording efforts to gospel material (for which he won eight Grammy Awards). Although his church and religious music would remain his focus for much of the ’80s and ’90s, his occasional forays into secular performance — including a 1982 stint in the Broadway gospel musical “Your Arms Too Short to Box with God” and a 1988 duet with Annie Lennox on “Put A Little Love In Your Heart” — left Green fans dreaming of a full-scale return to soul singing.

In 1995, the same year he was inducted into the Rock & Roll Hall of Fame, Green released an album of new r&b material, Your Heart’s In Good Hands. But it took I Can’t Stop for Green to rediscover the sound and inspiration upon which his musical legend is built. He says that he got his congregation’s approval for the project before committing to it.

Meanwhile, Green’s Hi Records catalogue continues to get an overhaul from EMI-Capitol, which plans to release remastered editions of his classic albums Al Green is Love, Call Me, Al Green Explores Your Mind and Full Of Fire in June and a box set of vintage material in September.