BMI will present the first in a series of educational seminars on Wednesday, July 28 from Guitar Center's Manhattan store (25 W. 14th St.). This unique event entitled "Career Connection," starts at 7:00pm and is free and open to the public. Speakers include two of the music industry's most successful executives, Atlantic Records Chairman/CEO Jason Flom and EMI Music Publishing Executive Vice President Evan Lamberg, who will discuss the new realities for artists and songwriters in the digital music age. BMI's Charlie Feldman, Vice President of Writer/Publisher Relations in New York, will moderate. 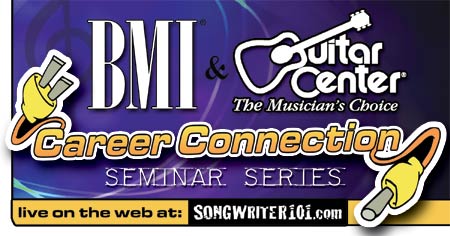 The seminar will be webcast live exclusively on Songwriter101.com, a new website that focuses on the business side of songwriting. Topics include getting the attention of a "major" in an era of smaller artist rosters; artist development in the digital age and the new dynamic of radio, TV and the web; and the re-emergence of the songwriter/artist career path. Future BMI/Guitar Center seminars will feature top artists, managers, agents, producers and executives from around the industry. 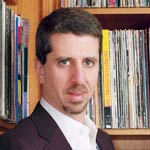 Jason Flom is Chairman and CEO of Atlantic Records Group. He served as President of Lava Records, the label he founded within Atlantic Records, from 1995 to 2004. He has worked with and signed such multimillion-selling artists as Tori Amos, Kid Rock, Uncle Kracker, matchbox twenty, Sugar Ray, The Corrs, Stone Temple Pilots, Collective Soul, Twisted Sister, Skid Row and White Lion. 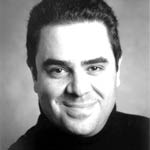 Charlie Feldman is Vice President, Writer/Publisher Relations at BMI, where he directs all writer/publisher relations and administrative activities for the company's New York office. A board member of the New York Chapter of the Recording Academy and the Songwriters Hall of Fame, Feldman has worked closely with songwriter/artists such as R. Kelly, Carole King, the Neville Brothers, Full Force, Tony Joe White and emerging star Katie Melua.