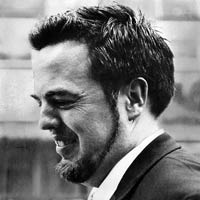 The American Folklife Center of the Library of Congress has acquired the vast and historically invaluable collection of recordings, documents and papers from the career of BMI songwriter Alan Lomax (1915-2002). The collection is said to be the largest ever acquired by the Center. It comprises more than 5,000 hours of sound recordings, 400,000 feet of motion picture film, 2,450 videotapes, 2,000 scholarly books and journals, hundreds of still photographs and over 120 linear feet of files and assorted papers.

Lomax is one of the most influential figures in American music. Along with his father, John, he began in 1933 to document the nation's musical traditions. During those expeditions, the father and son came across singer Leadbelly while he was in prison, and helped to start his career once the legendary figure was released. Without their actions, works like "Goodnight Irene" and "Rock Island Line" may have never been heard.

As an author, Lomax has received a Ralph J. Gleason Music Book Award (co-sponsored by BMI) and a National Book Critics Circle Award for his 1993 book, The Land Where The Blues Began. In addition to composing and writing, Lomax established the Association for Cultural Equity, dedicated to documenting and preserving the vital voices of oral tradition.

The acquisition of the Lomax collection by the Library of Congress brings his career full circle; the recordings he did with his father were for the Library, and the American Folklife Center, established by Congress in 1976, is dedicated to kind of preservation and documentation that he pursued all his life.