Posted in MusicWorld on November 16, 2003 by Martin Huxley 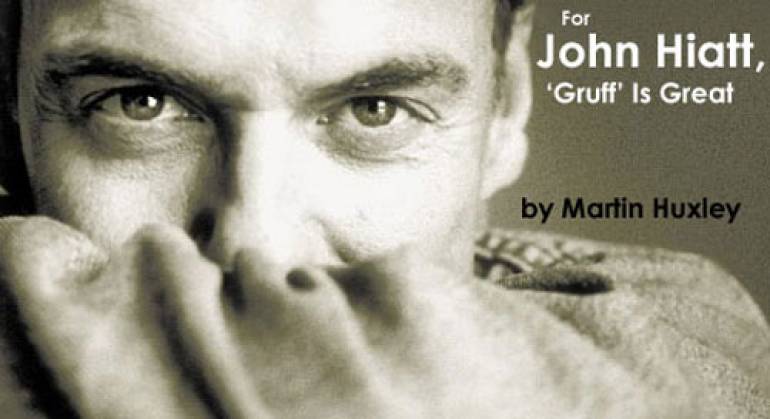 John Hiatt's current album, the playfully titled Beneath This Gruff Exterior -- his 17th studio effort and his first for the independent New West label -- has been widely acclaimed by fans and critics as the veteran singer/songwriter/guitarist's best work in years. The dozen-song album features 11 new Hiatt originals, along with an older number, "The Most Unoriginal Sin," covered in 1993 by Willie Nelson but not recorded by its author until now (Hiatt was inspired to cut the song after performing it with Nelson on a recent TV special).

Beneath This Gruff Exterior finds Hiatt and band adopting a gritty, unpolished sound, cutting the tracks live in the studio with a minimum of overdubs. According to Hiatt, "The idea with [ The Tiki Bar Is Open ] was take four old farts and try to freshen them up a little bit, slap some make-up on, visit the hair club, whatever it took. But this record we really just wanted to go in and get to the nuts and blots of what this quartet does -- if you come hear us live, this is pretty much what you get."

After more than three decades as a recording artist, Hiatt still sees his catalogue as a long-term work-in-progress. "Musically, we get closer and closer to distilling this thing down to its simplest form -- and I'm at the point in my life where I really value and cherish that and want to only do things that honor it.

"Time is running out," he observes, adding, "We're not getting any younger, so you got to, you know, carpe diem."