Posted in MusicWorld on August 28, 2003 by Charlene Blevins 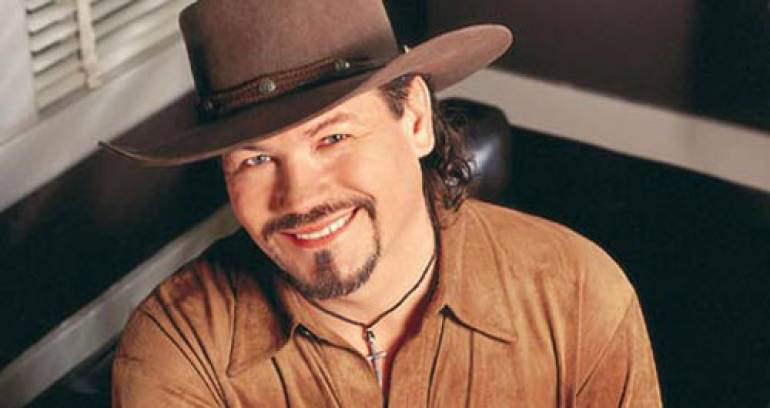 The demanding life of an up-and-coming artist requires a relentless commitment to doing whatever is necessary to get yourself heard and seen. This, Buddy Jewell knows, after toiling for 10 years trying to get a record deal in Nashville. His big break came as “pretty much a last-ditch effort” when he tried out last fall for the USA Network’s star-search show Nashville Star. Jewell’s silky southern voice, engaging performances and warm heart endeared him to millions of Americans, who voted him into a recording contract with Sony Nashville. Though happy and grateful, if a bit tired, he now describes his dream-come-true as having a “tiger by the tail.”

“I can’t let go or it’ll turn around and bite me,” jokes the respected former demo singer.

Jewell and the two-and-a half million viewers who voted for him are vindicated. His touching first single, “Help Pour Out the Rain (Lacey’s Song),” was the highest debuting single by a new artist in over a decade. His self-titled album, released July 1 on the Columbia imprint, was number one its first week out, selling more units than any country debut since LeAnn Rimes’s Blue in 1996. In May, when Jewell took the Opry stage for his first appearance, he became the first new artist in memory to get a standing ovation. In fact, everywhere he goes, people in airplanes, fans on casino floors stand in applause for Buddy Jewell.

Of all the accolades, though, one most affirming is that it’s his song, one inspired by and written for his daughter, that not only tops the charts, but touches the hearts of music fans and bereaved families the world over. Hundreds of e-mails from parents who’ve tragically lost children attest to comfort the song has given them. “I think when we all put pen to paper, we hope we write something that affects people like that,” he says modestly.

Jewell credits those years as a demo singer, in part, for helping him become such a good songwriter. “I got to work for the greatest writers in town,” he says, “and I got to see, ‘this is how you craft a song’.”

Having caught up with that tiger, though, has left little time for songwriting. “The only writing I get to do these days,” quips Jewell, “is to sign my name when I register at the hotel.”