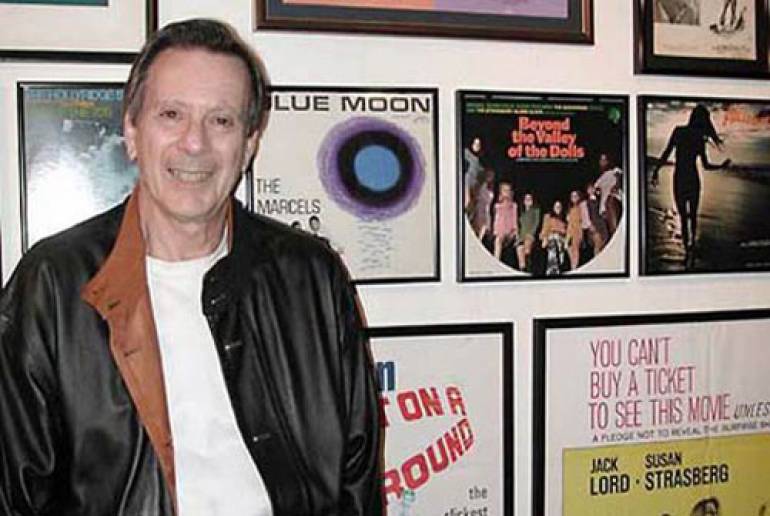 a) A gold-record-winning producer of such classic '60s pop as "Blue Moon," "Goodbye Cruel World" and "Johnny Angel";
b) A composer who has written such movie scores as Beyond the Valley of the Dolls and Macon County Line;
c) A television composer with hundreds of credits, including "The Monkees," "Knight Rider," "Battlestar Galactica" and "The Fall Guy";
d) The Grammy-nominated arranger-conductor of the Hollyridge Strings;
e) All of the above.

The answer, of course, is "e," and if any of this surprises you, you are cordially invited to discover the details in Phillips's newly published autobiography, "Stu Who? Forty Years of Navigating the Minefields of the Music Business" (Cisum Press).

Phillips' candid, enlightening memoir has already won praise from such luminaries as movie critic Roger Ebert ("worth the price of admission") and Broadway composer Cy Coleman ("it's pure `Witchcraft'").

Phillips may have written his life story, but he's far from retired. In addition to speaking about his career at a July 17 seminar sponsored by the Society of Composers & Lyricists in Los Angeles, he is scheduled to lecture in October at the Berklee College of Music in Boston and at the LaGuardia School of Performing Arts in New York.

His music continues to turn up in record stores. Punjabi MC's "Beware of the Boys," which recently topped Billboard's Hot R&B/Hip-Hop Single charts, is a reworking of Phillips' classic "Knight Rider" theme. Not long ago, Lutricia McNeal had a worldwide hit with a cover of "Ain't That Just the Way That Love Goes Down," which Phillips co-wrote in 1974 and was originally waxed by Barbi Benton.

And Phillips' original score for the 1969 Omar Sharif film The Appointment is about to be released as a limited-edition CD by Film Score Monthly. "Stu Who?" indeed.