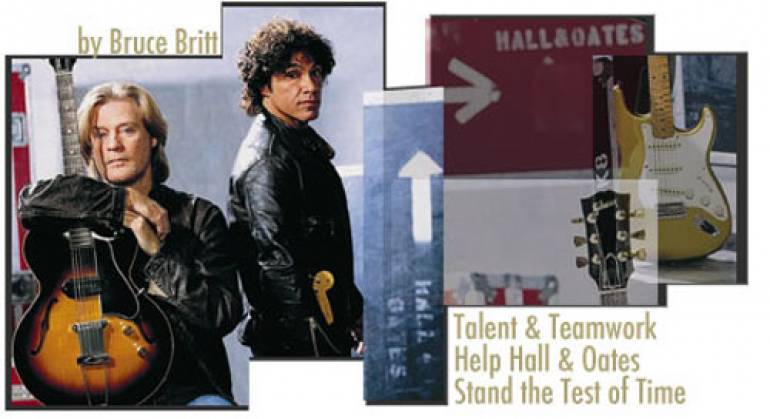 They are the best-selling duo in pop music history with nearly 30 Top 40 hits to their credit, yet Hall & Oates have always taken a dignified approach to stardom. Though they could rightfully promote themselves as pop royalty, singer/songwriters Darryl Hall and John Oates have eschewed pomposity, instead focusing their formidable energies towards creating superlative songs.

From their emergence in the early '70s to their most recent 2002 hit "Do It For Love," Hall & Oates have made a career of beating the odds. They started out as white purveyors of Philadelphia soul, a competitive situation that made them musical long-shots. Thanks to their uncanny hitmaking instincts, the duo went on to become an inescapable radio presence during the '70s and '80s. They kept a low profile during the '90s, but when the group was profiled on VH1's "Behind the Music" rockumentary series in 2002, it resulted in a greatest hits compilation featuring a new Hall & Oates track, "Do It for Love." The single, the duo's first studio recording in six years, crept to the top of the adult contemporary charts.

Responding to that unambiguous sign from fans and radio listeners, Hall & Oates repaired to the studio to create an album celebrating their pop and r&b roots. Named after the single that fueled their return, Do It For Love finds Hall & Oates churning out their signature sweet melodies, clever lyrics and deep-felt vocals on songs like "Miss DJ" and the winsome "Forever For You." On their magnificent cover of New Radical's "Someday We'll Know," the duo reunites with Todd Rundgren, producer of Hall & Oates hit '70s album, War Babies.

Introduced while attending Philadelphia's Temple University, Darryl Hall and John Oates were established professional musicians when they met in the mid-'60s. Starting out as a folk-soul act, the duo secured a recording contract with Atlantic Records and almost immediately made their presence felt. Solidifying their credibility as r&b songwriters, Hall & Oates' 1973 tune, "She's Gone," was covered by soul legend Lou Rawls and the funk-pop quintet Tavares, among others.

Moving to RCA Records in 1975, the duo heralded their arrival by starting a seemingly endless hit streak. Starting with their 1976 single "Sara Smile," Hall & Oates fired off smash after smash, including "Rich Girl," "It's A Laugh," "Kiss on My List," "Private Eyes," "I Can't Go for That," "Maneater" and countless others.

During the hitmaking streak, Darryl Hall established himself as one of pop's most expressive and versatile vocalists. The lanky singer won praise from a wide range of respected artists, collaborating or performing with former Temptations David Ruffin and Eddie Kendricks, Elvis Costello and King Crimson conceptualist Robert Fripp. Not to be outdone, John Oates has demonstrated impressive vocal prowess on tracks like "She's Gone" and the contemplative new tune "Someday We'll Know."

But solo excursions aside, Hall & Oates’ historic chart run has been fueled by harmony — that is, teamwork, superb songcraft and mutual respect. As their compelling new album attests, Hall & Oates still create great music 30 years after their auspicious arrival.