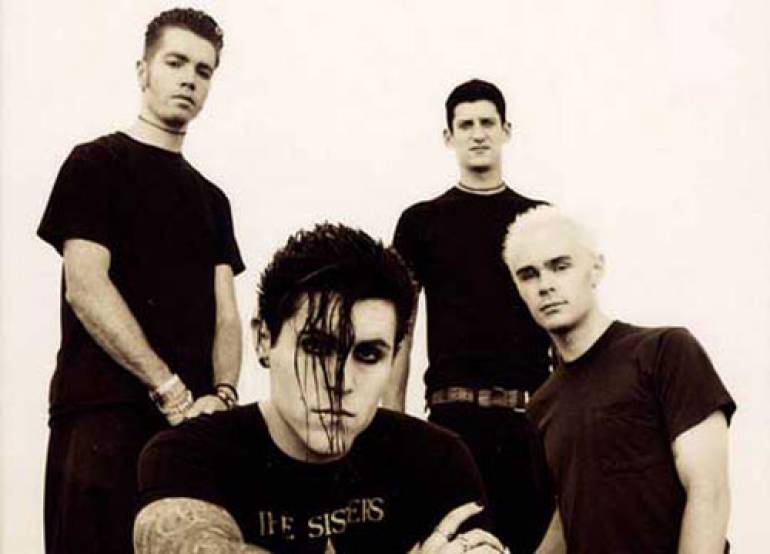 Their acronymic name stands for "A Fire Inside," a phrase that aptly describes the epic ambitions of their music. Judging from their acclaimed new album, AFI's specific burning passion is to become musical heroes for their generation.

With the release of their new DreamWorks Records CD Sing the Sorrow, AFI proves they possess the talents to become turn-of-the-millennium icons. Produced by Butch Vig (Nirvana/Smashing Pumpkins/Garbage) and Jerry Finn (Green Day/Blink-182), Sing the Sorrow is every bit as sprawling as the band's California home. On tracks like "The Leaving Song," "Silver and Cold" and "The Great Disappointment," vocalist Davey Havoc, guitarist Jade Puget, bassist Hunter and drummer Adam Carson bring pop melodies to bear on intense punk rhythms and gothic lyricism.

For longtime AFI fans, Sing the Sorrow was a litmus test. The band's five previous releases were independently produced for the Nitro label. So when AFI announced they had signed with DreamWorks, some feared the band might lose their hardcore edge. But Sing the Sorrow silenced all doubters, debuting at #5 on the Billboard 200 albums chart and resulting in simultaneous lead reviews in Rolling Stone, Spin and Alternative Press — a rare case of fan and critical hysteria.

The AFI saga has been 11 years in the making. Hailing from the northern California town of Ukiah, the band's indie CDs — which include Very Proud of Ya (1996), Shut Your Mouth and Open Your Eyes (1997), Black Sails In Sunset (1998), A Fire Inside (1998), All Hallows (1999) and The Art of Drowning (2000) — ran the gamut from no-nonsense hardcore to more conceptualized punk rock. As a result of their unassailable underground credentials, AFI became the most buzzed-about band on the 2002 Warped Tour.

Now, with their DreamWorks debut garnering sales and acclaim and a Nitro Records retrospective box set in the works, AFI's all-consuming inner flame is certain to spread.