Alison Smith has been named Senior Vice President, Performing Rights at BMI, it was announced today by Frances W. Preston, President & CEO of the company. Smith was most recently Vice President of that department.

In making the announcement Preston said: "Alison is a gifted executive with a talent for forging strong relationships with our songwriters, composers and publishers and in the administration of our royalty distribution system. She is respected by those inside the company and in the entire music business for her vast knowledge of BMI's policies and procedures." 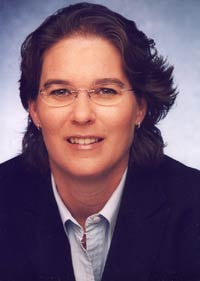 In her new position, Smith continues to report to BMI Executive Vice President Del Bryant and adds the management of the Writer/Publisher Administration & Research Department to her responsibilities. She continues to be an integral part of the BMI executive team that oversees the BMI royalty distribution system, both foreign and domestic.

During her tenure at the company she chaired or has been an active member of various internal committees to develop secured online digital tools for the benefit of BMI affiliates and music customers. Considered an expert on performing rights administration, she has been a frequent guest speaker before such groups as the Society of Composers & Lyricists, the Association of Independent Music Publishers (New York and Los Angeles), the California Copyright Conference, the Church Music Publishers Association and a number of sister performing rights organizations around the world.

A native of Nashville, Alison joined BMI's Writer/Publisher Relations Department there in 1985, and re-located to New York in l987. She was named Assistant Vice President, Performing Rights in 1994 and Vice President in March 1996. She holds a Bachelor of Business Administration from Belmont University's School of Music Business.