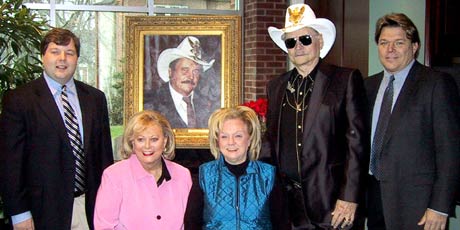 Sony/ATV Music president Donna Hilley praised one of Music Row's "Founding Fathers," whose catalog remains one of the most valuable in the company. Chesnut's songs are currently in the marketplace on more than 300 CDs, with many certified Gold and Platinum.

A native of Loyall, Kentucky and a former railroad conductor, Chesnut moved to Nashville in 1958 and scored his first major hit in 1967 with "A Dime At a Time," recorded by Del Reeves. His first #1 was the Grammy-nominated "Another Place, Another Time," recorded by Jerry Lee Lewis. In his career he has collected nearly two dozen performance honors from BMI, including double Million-Air status for "T-R-O-U-B-L-E." The first Lifetime Member of NSAI, Chesnut joined the Nashville Songwriters Hall of Fame in 1996.