Posted in MusicWorld on January 15, 2003 by Sharon Liveten 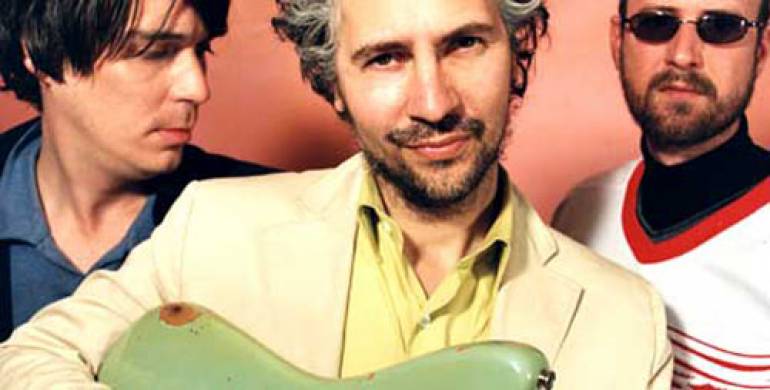 The journey from Norman, to well, Norman (they’ve remained in Oklahoma) has been an e-ticket ride. Coyle is a serious, almost intellectual artist whose inner Adam Sandler takes over when things get heavy. Case in point is 1993’s Transmission from the Satellite Heart. By then the Lips’ noisy pseudo-psychedelic pop, layered with delightful melodies and often bizarre lyrics, had earned them a core following who could only nod their heads and smirk when the rest of the world finally joined in the giggles and weirdness of the huge hit, “She Likes Jelly.”

Naturally, 1997’s follow-up, the four-disc set Zaireeka, came out of left field. The album is unique, even in the world of performance art concept albums: Each CD features music blasting from a boom box with the band behind it. The discs are designed to be played and heard simultaneously. It’s brilliant yet demanding for new fans brought to the band by the lite-pop “She Likes Jelly.”

The band’s 1999 outing was another genius change of direction. Sort of. The Soft Bulletin features the Lips’ trademark psychedelic noise and weird twisted lyrics layered under bed of lush orchestral pop.

Which brings us to the present. Yoshimi Battles The Pink Robots is an outstanding album (who knew electronica could be warm, fuzzy, dark and funny). Additionally the Flaming Lips, always a favorite among fellow thinking musicians, are getting a little more mainstream attention; they are spending this fall serving as the opening and backing band for like-minded artist/performance genius Beck. Then it’s back to Norman to put the finishing touches on their upcoming DVD, Christmas on Mars, which was written, directed, and scored by Coyle and his fellow Flaming Lips and is due out in December 2003.