Posted in MusicWorld on October 15, 2002 by Rob Patterson 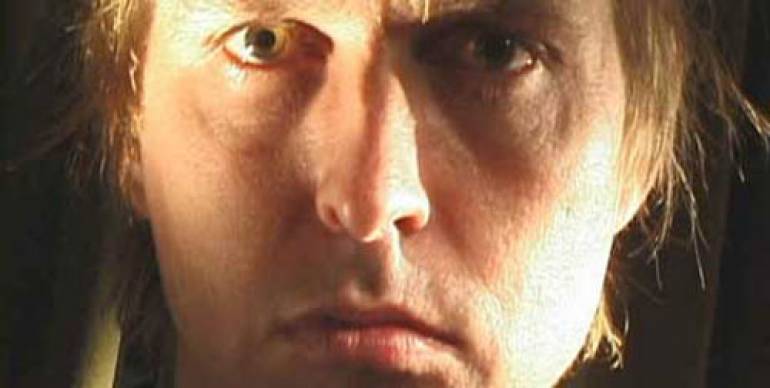 With a slew of critical accolades and six solo albums to his credit, Chuck Prophet has become one of the most acclaimed singer/songwriters in the Americana music movement. He has co-written with Kelly Willis and Kim Richey, and has had a number covered by country singer Cyndi Thompson. But this song craftsman, guitarist and performer admits that working in the studio is "probably where I have the most fun."

"The thing about making records is you take the songs and whatever you are interested in, whatever the songs ask for, and you bring it to a boil and see what floats to the top," says Prophet of the process of bringing a song to fruition as a recording.

Prophet grew up in Southern California and was turned on to music by his older sister's record collection and AM radio in the early 1970s. By the time he hit college in San Francisco, punk rock had also caught his ear and Prophet started playing in bands. When a group he played with opened for a outfit from Los Angeles called Green On Red, Prophet was knocked out by what he heard, and soon after was drafted into the band.

After playing with Green On Red over the course of eight albums and much of the 1980s, Prophet struck out on his own when the group disbanded. Yet he has also continued to collaborate with such varied others as Cake, The Silos, Bob Neuwirth, Warren Zevon and the ad hoc band Raisins In The Sun, as well as with his singer/songwriter wife Stephanie Finch.

When Prophet discusses the process of songwriting, he employs a cinematic approach: "You write a song and you do end up casting it like a movie in your mind," he observes. "You cast these songs with these characters in mind, and sometimes you get them, sometimes you don't. A lot of it's deliberate, and a lot of it's by staying open minded to the random elements that might happen. You get lucky too."